‘A great wee boy with a heart of gold’: Tributes at passing of brave Ben (5) after illness

"Such a caring, witty, charming, clever boy! What an amazing year we shared in Primary 1. You will leave a huge void in the Seagoe family, Ben." 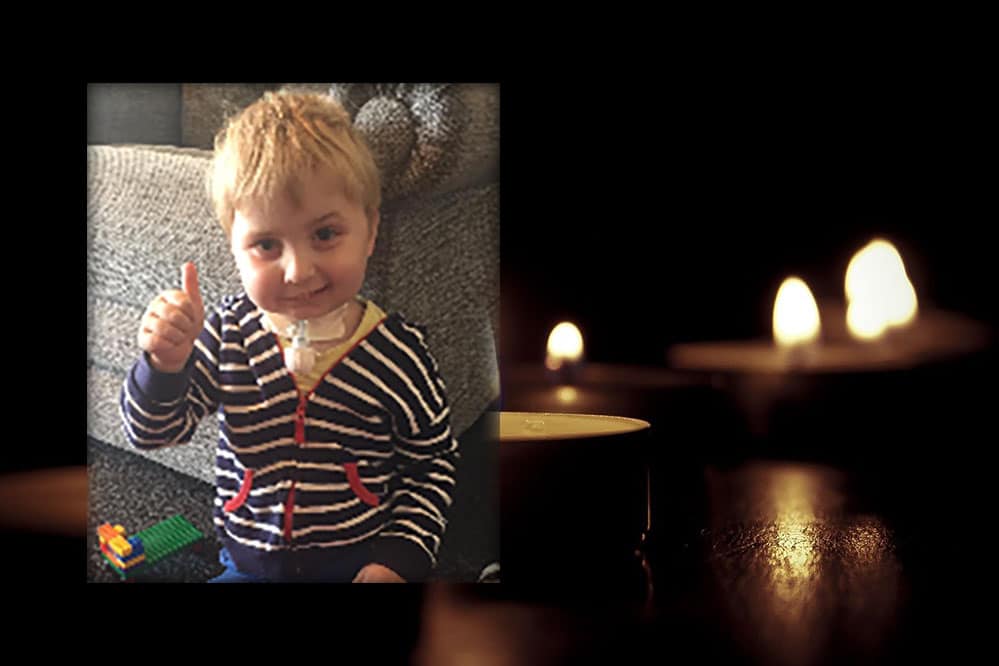 Tributes have been paid to a five-year-old Co Armagh boy who has died after a brave battle with illness.

Little Ben Stevenson, of Esky Road, Derrytrasna, passed away on Thursday at the Royal Belfast Hospital for Sick Children.

A son of Adam and Tracey, he was a brother to Rebekah and Reuben and cherished grandson of Ivor and Jill Stevenson and Elaine and Maurice Turkington.

Ben had been a pupil of Seagoe Primary School and had made a huge impression on all those there, pupils and staff alike, who have been left devastated by his loss.

Tributes have been paid online.

One described him as “such a great wee boy with a heart of gold”.

Another added: “The most special little boy. Such a caring, witty, charming, clever boy! What an amazing year we shared in Primary 1. You will leave a huge void in the Seagoe family Ben.”

And Seagoe Parish Church, where members often held the family in their prayers, also expressed sadness at news of the little boy’s passing.

“Ben was a wonderful young boy for whom we prayed regularly in Seagoe,” read a tribute on social media. “May God be with his family to comfort them both now and as they journey on without him.”

A funeral service for Ben will be held tomorrow (Saturday), in Ardmore Parish Church at 3pm followed by committal in the adjoining Parish Churchyard.

The family, who have requested the house be strictly provided, have directed that donations if desired may be made for PICU & Children’s Cancer Unit Charity Royal Victoria Hospital, C/o Ronnie Russell Funeral Director, 59 Waringstown Road, Lurgan, BT66 7HH.

To Ben’s parents, sister and brother, grandparents and all who had the pleasure of knowing him, we offer our heartfelt condolences at this time.