Council has approved the multi-million pound plans despite arguments about the increase of traffic on Lurgan Road, general appearance, noise pollution and loss of privacy 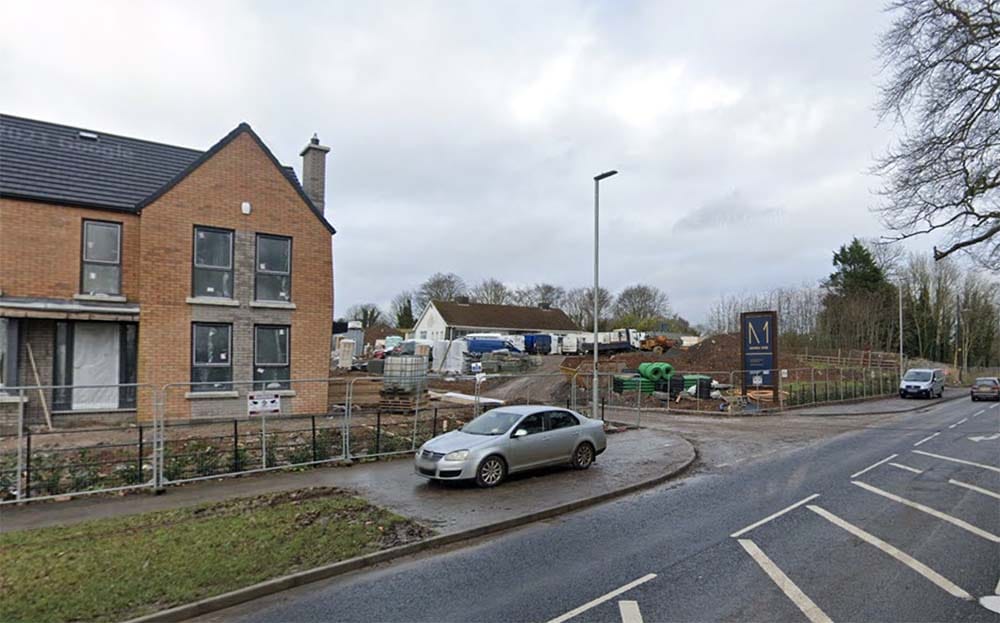 A major housing development has been given the go-ahead on the Lurgan Road in Moira.

The second phase of the scheme, Armagh City, Banbridge and Craigavon Borough Council has now formally signed off its approval.

A total of 65 new homes would be built.

And this would be comprised of 22 apartments, in a three-storey block, as well as 18 semi-detached houses and 25 detached.

The application – in the name of Topco Moira Ltd – was an amended submission first lodged in 2020 and came after a pre-application community consultation took place.

It comes after the first phase of the development – known as ‘Moira One’ – submitted seven years ago.

The new proposals, as well as a mix of housing, also includes amendments to the site frontage of phase one, as well as ancillary works for these latest properties.

The application has been given approval despite a total of 13 objections – some from the same author – were forwarded to planning officials to consider as part of their determination process.

Among the arguments against were the increase of traffic and general appearance, noise pollution and loss of privacy.

One wrote: “It remains that the amended proposal of a development of 65 residential units will significantly add to the general volume of traffic through Moira village, with no obvious plans in place to alleviate an already very congested route.

“There are two recent developments at Linen Fields and Moira One which have already increased the burden of traffic on Lurgan Road. In addition, the proposed development has additional access directly onto a very busy main road at dangerously close proximity to the access for Laganvale Mews.

“The proposed additional access point and large volume of traffic that the proposed development would generate would be expected to have a significant impact on the flow of traffic into and out of Moira villageand increase the risk of traffic collision.”

And referencing the appearance of the new units, she writer added: “This development will significantly alter the established character on Lurgan Road with the development of two storey housing that is at or above the level of the Lurgan Road.

“The inclusion of three storey apartment blocks is significantly out of keeping with any of the existing housingtype on Lurgan Road, Moira. It is unsuitable for a rural location on the edge of a village. The only apartment blocks currently on Lurgan Road Moira are two storey at Laganvale Mews which are set below road level and at Linen Fields where they are set well back from the road, behind a large area of common green space.

“The style of apartment blocks at both Laganvale Mews and Linen Fields is sympathetic to and blends in with the houses within those developments which are the majority of housing type.

“The proposed apartment blocks within this development are not in keeping with the remainder of housing that is proposed or which currently exists in the vicinity.”

Despite the various protests made, planning officials determined that the proposals comply with relevant policies and recommended – with councillors having accepted – that the development should be built.