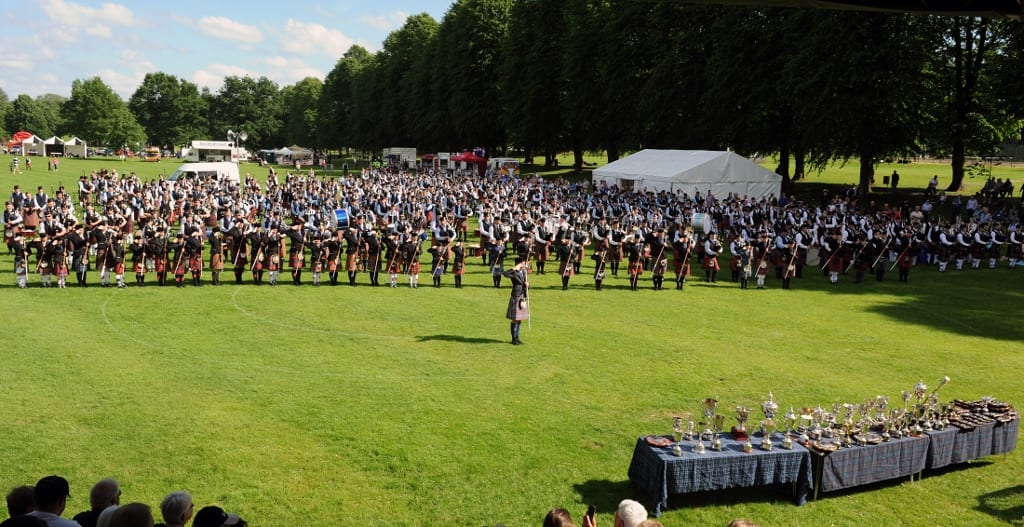 The UK Pipe Band Championships will be held at Lurgan Park for the next three years.

And ABC Council has been asked to approve closing the Waves Leisure Complex pool to the public for a day to allow it to go ahead.

The council’s leisure committee has been told that the closure would allow for cleaning and staff training.

Monday night’s meeting was informed of the expected benefits from hosting the event each June for the next three years.

“These Championships allow local pipers, dancers and drummers to compete with those from across the world.”

It says the event is likely to attract in excess of 10,000 visitors.

Attractions will include a Food and Craft Village. It will showcase renowned local produce while offering local creatives the opportunity to showcase crafts such as blacksmithing and willow weaving and providing an opportunity to sell to visitors.

There would a bar located in a marquee in the park as is common to all UK Pipe Band Championships.

The report adds: “This is the first time that the UK Championships will be held in the area and will hopefully have significant benefits to the traders and the local area, with these significant numbers due to come to the borough.

“There were 110 coach passes given out last year at the Belfast venue, with approximately 40 people per band, so this event will be attracting lots of followers.”

Councillors have been informed that while paying customers of the ‘Get Active’ membership may be unhappy that they cannot use the Waves Leisure Complex during the event, they be given the option of using any of the other council facilities on that day.