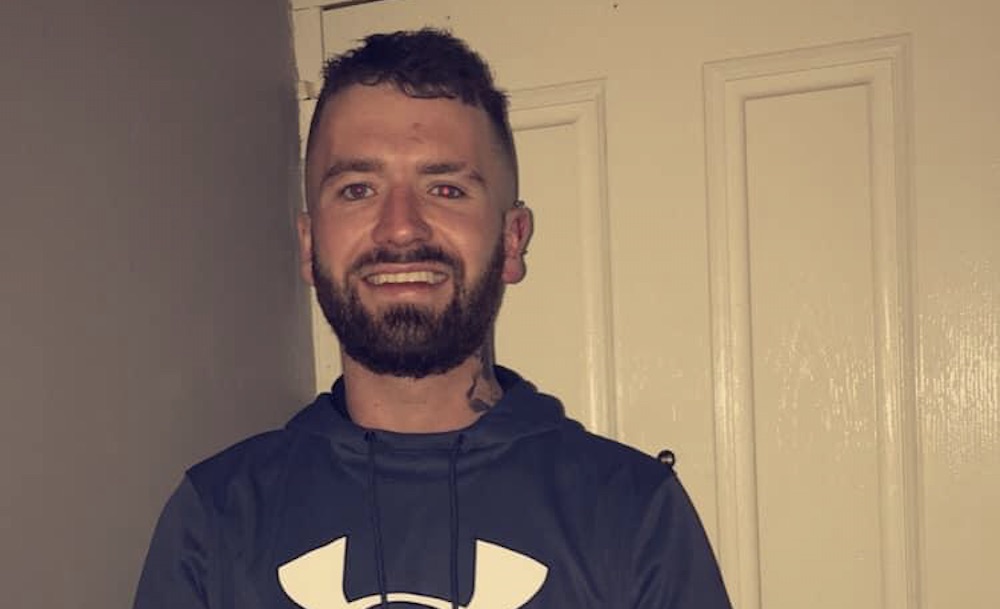 A Lurgan man accused of assaulting his heavily pregnant partner was remanded into custody on Saturday after he adopted a “very casual attitude” to bail conditions.

Lisburn Magistrates’ Court heard that 24-year-old Shea Haughian cut his off electronic tag and “took himself off to England to work,” staying for a week in a B&B in Bristol.

With heavily tattooed digger driver Haughian appearing at court by videolink from police custody, a constable outlined how officers conducted a bail check on February 11 “but he wasn’t there,” adding that the defendant “handed himself in” on Friday.

Haughian, from Glenholme Avenue in the town, is on bail accused of assaulting his then heavily pregnant partner, making a threat to kill her and using a communication network to send a message which was “indecent, obscene or menacing,” all alleged to have been committed on September 25 last year.

Previous courts have heard claims that Haughian became violent after returning from work, drinking a bottle of Buckfast and seeking more money.

“She alleged that he attacked her in the property following a row over alcohol,” said prosecuting counsel Mark Farrell, adding that when called to the house, officers observed cuts to her nose and lip, as well as bruising to her arm.

By that stage the woman was 33 weeks pregnant and according to the prosecution, Haughian admitted grabbing her by the arm and sending a threatening message to “scare” her.

In court on Saturday, defence counsel Damien Halleron explained that Haughian’s bail address became unavailable so he cut his tag off and “took himself off to England to work” but when he contacted his legal team, they “told him he had to come back and hand himself in”.

The barrister revealed that with the case going eventually to the Crown Court, “there will be a considerable delay” in the case coming to a conclusion and suggested that as there were no fresh offences, particularly in relation to the complainant, that Haughian could be freed again.

District Judge Rosie Watters disagreed however and refusing bail on the grounds of the risk of further offences, remanded Haughian into custody and adjourned the case to March 11.