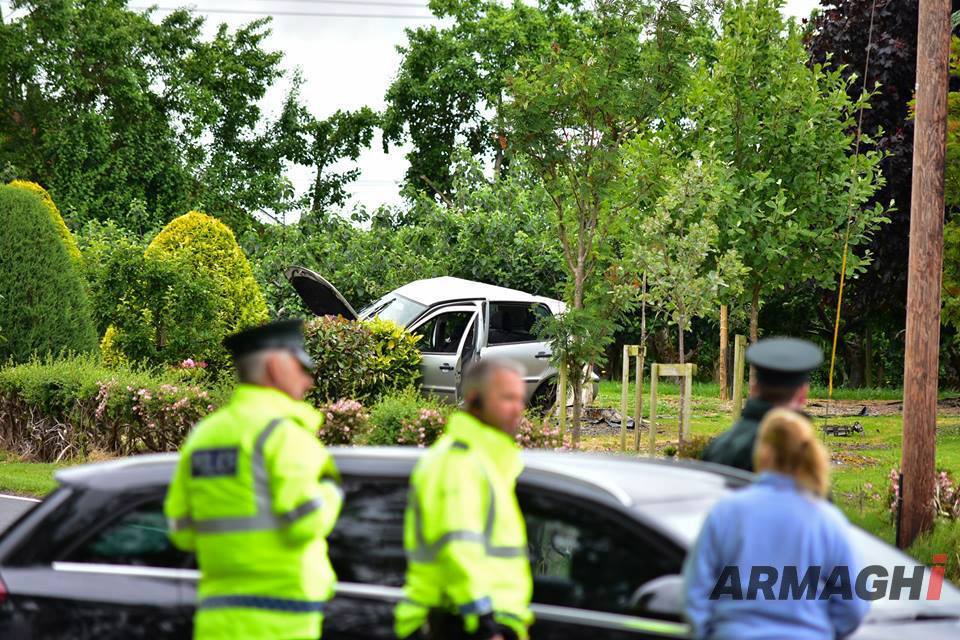 A woman has been taken to the Royal Victoria Hospital in Belfast in a serious condition after a collision on the Red Lion Road.

The accident happened this morning and the Red Lion Road was closed between the junctions with the Tullymore Road and Annahugh Road.

A silver Volkswagen car left the road and struck a concrete post and came to rest in the garden of a house.

The road reopened after 4pm.

One eyewitness spoke of three fire units attending the scene of the accident, which happened before noon today.

Police have described the collision as “serious”.

It is understood that two women were travelling in the car; the condition of the second is not known at this time.