Twelfth double-take in Loughgall as Brian O’Driscoll has a ‘try’ playing lambeg drum! 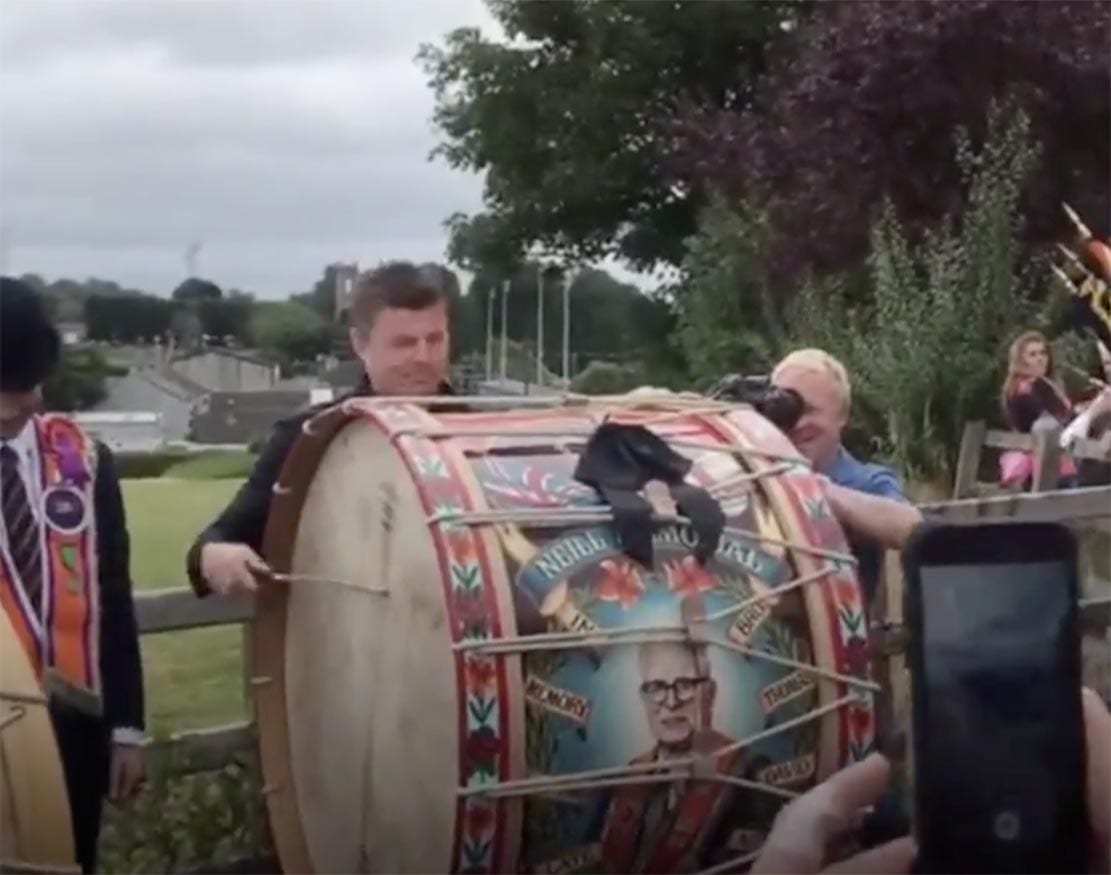 And he certainly scored big with the crowds!

BOD was in the birthplace of Orangeism in Co Armagh for the Twelfth of July celebrations!

And, while there, he couldn’t resist getting his hands on a lambeg drum.

The former Leinster star and one of Ireland’s all-time rugby greats wasn’t afraid to give it a go.

O’Driscoll took time to pose for photographs and selfies with the Orangemen, bandsmen and visitors who made their way to Loughgall for the Co Armagh demonstration.

He tweeted earlier in the day that he is currently in Northern Ireland filming a documentary outlining “how rugby as a sport unifies the country”.

And he added: “Meeting some great people and look forward to the finished product- airs late autumn on!”

O’Driscoll’s travels took him to Loughgall and the chance for a different experience!

We’re not quite sure if he has a future on the band scene but he sure looked like he enjoyed it!