Tree down in Loughgall as several roads across Borough remain closed 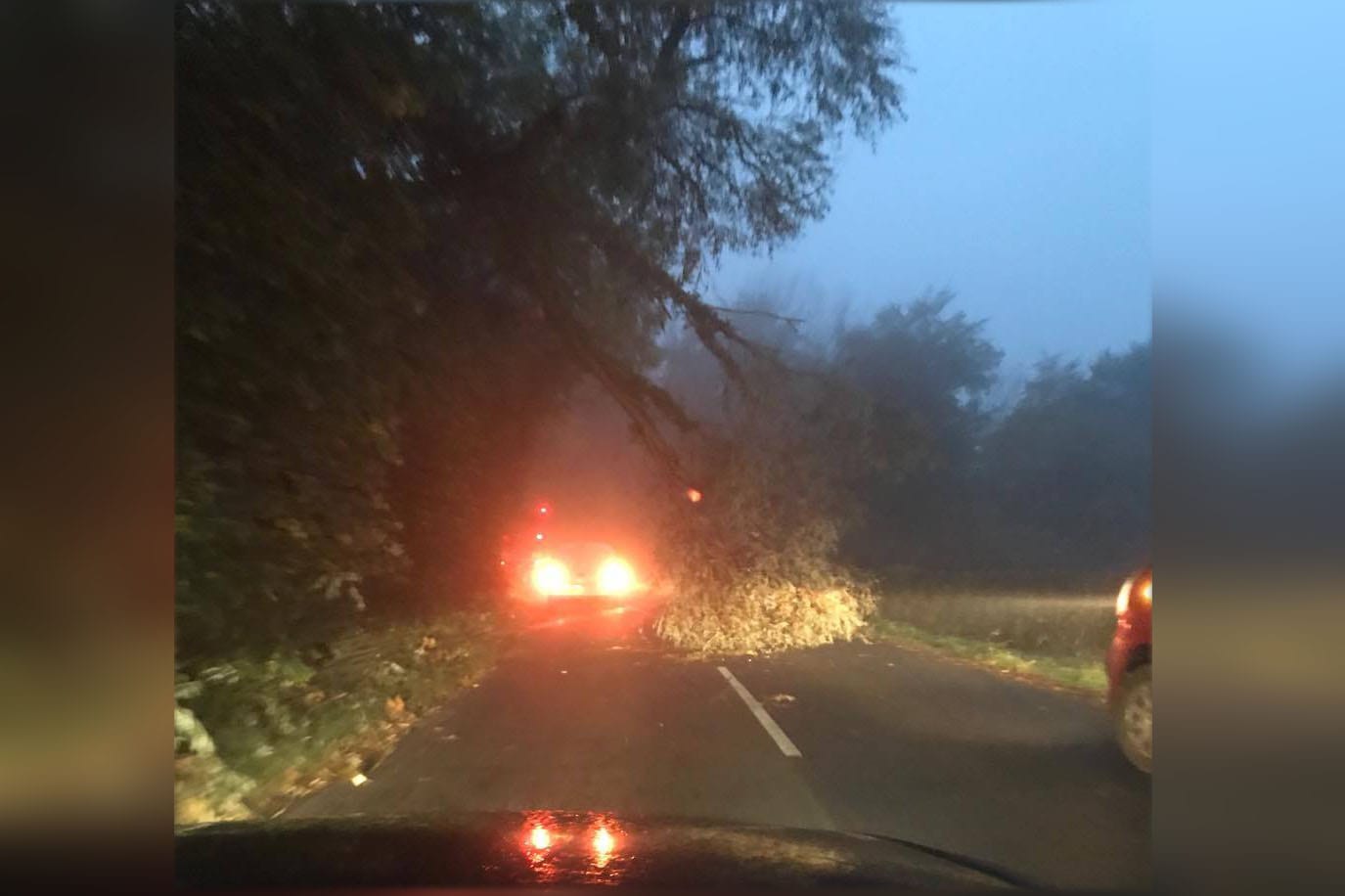 Storm Ophelia is still causing problems in county Armagh – two days after it battered the country.

This is the scene (main picture) this morning in Kilmore, just off the Red Lion Road in Loughgall.

A large tree is sprawled perilously across the road, however, cars are still managing to manoeuvre around the obstruction.

Drivers are advised to avoid that particular route this morning as the overhanging tree does pose a serious safety risk.

Here’s a list of them here according to TrafficWatch NI:

Storm Ophelia: 'Concerns' raised over how public were communicated with – https://t.co/kx1ea8Ke25 pic.twitter.com/f59lpj1Bhg