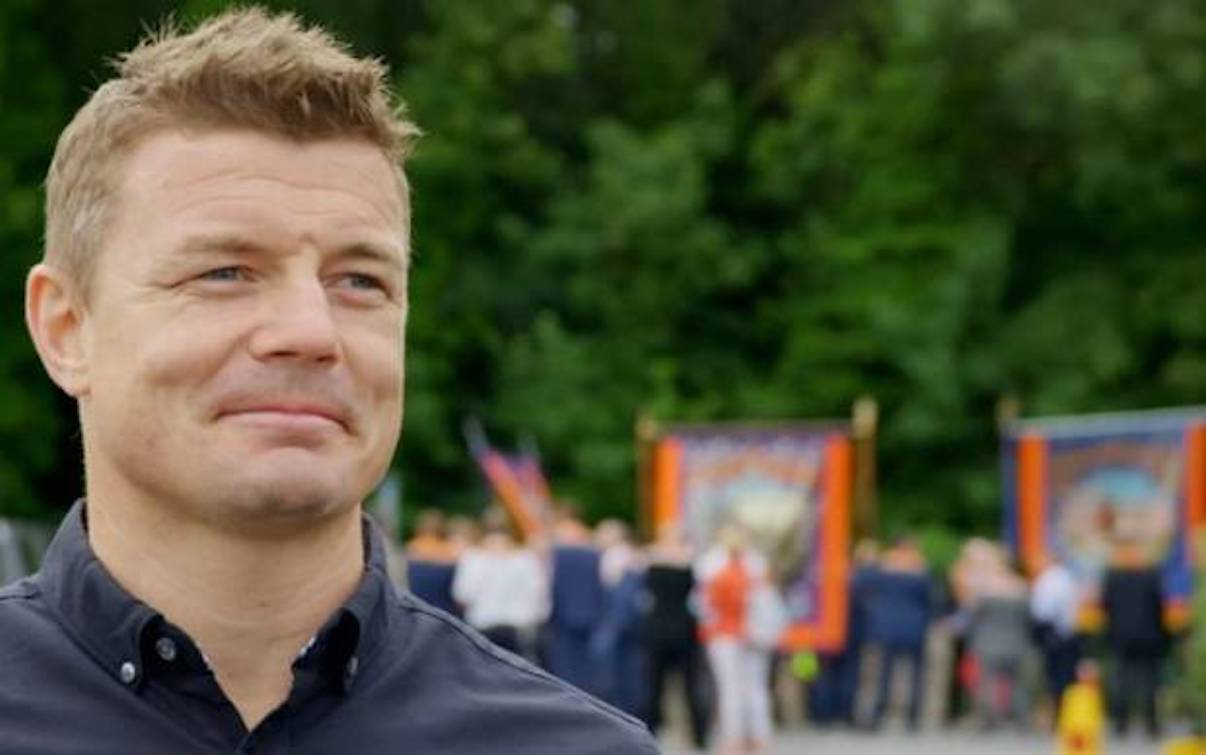 It needed a double0take from many people as images circulated on social media of the Irish Rugby legend Brian O’Driscoll – a man who grew up in Dublin playing the Gaelic football and the game he’s become synonymous with today – played the lambeg drum in a field in Co Armagh.

O’Driscoll turned up in Loughgall earlier this year – July 12 to be precise – to the surprise of many; mainly those unaware of his participation in a BT documentary.

The Irish rugby legend was filming as part of the award-winning and acclaimed Shoulder to Shoulder series, which explores the history of the Irish national rugby team some 50 years on from The Troubles.

The documentary shines a light on the unity in the face of violence, opposition and partition present in the country, with players from the Republic of Ireland and Northern Ireland lining out together and establishing a deep bond.

O’Driscoll, as host, looks at how Irish rugby has managed to circumvent The Troubles, remaining a successful unit throughout those harsh years; years that have claimed the lives of more than 3,500 people and divided communities.

Among the subjects that O’Driscoll and the film will focus on include how The Troubles threatened to derail the Five Nations championship, how three stars of Irish rugby came within inches of death in 1987 and an historic, emotional showdown between Ireland and England at Croke Park in 2007.

“With its crossover between sport, politics, religion and society at large, this is the kind of film which does not come around very often,” says Simon Green, Head of BT Sport.

“It manages to shed new light on an instantly recognisable sporting institution known the world over, while placing the unique concept that is the Irish rugby union national team into a fresh perspective.”

Shoulder to Shoulder airs on BT Sport on Friday, October 12 at 10pm.

You can watch the trailer below.