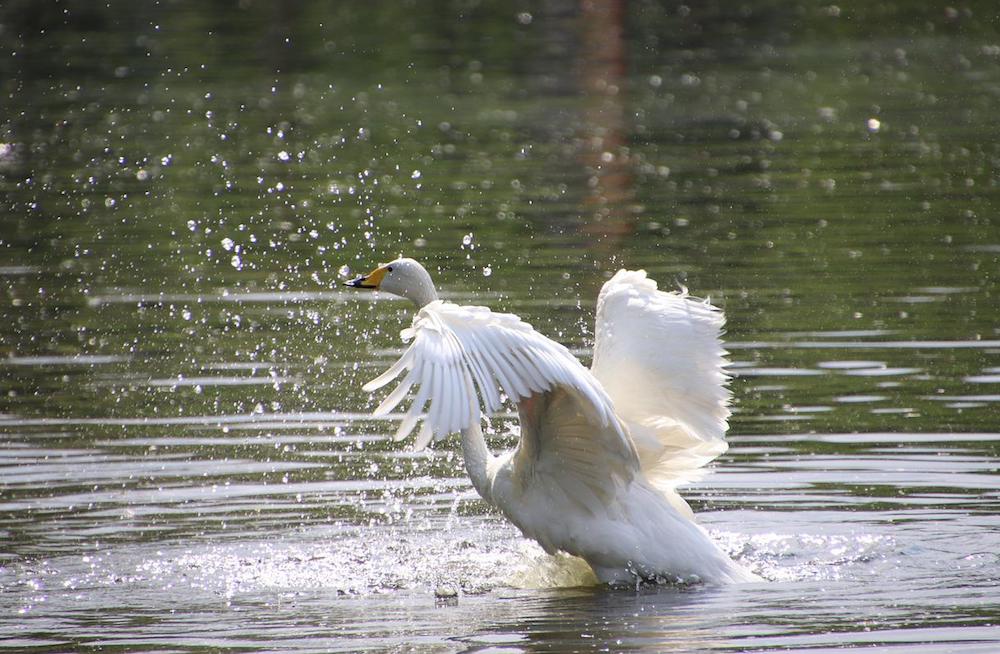 Two swans at Loughgall Country Park, including one attacked by a dog, have died in the space of a weekend.

The first swan was picked up by the USPCA on Saturday but had to be put to sleep as it had lost a wing.

The following day, a second swan was recovered from the water by an officer from the charity – after being spotted by a park ranger – but was already dead.

The park is owned by Armagh City, Banbridge and Craigavon Borough Council and regular visitors have been following the progress of a pair of swans and their five cygnets.

It is not known if the two swans that died are the parents.

A wildlife officer said a vet who treated the first swan was able to determine that it had been attacked by a dog.

On Sunday, an officer was again called to the park.

He said: “The swan was still alive when I was called out but by the time I got there it had died. It had no obvious injuries but if it was the partner of the swan that was killed in the dog attack, it might have died of stress.

“People think their dogs are good and won’t attack the swans but that’s not always the case.

“I had a look at the other swans when I was there and they seemed to be healthy.”

A spokesperson for ABC Council said: “Council is reminding all dog owners using our public parks to act responsibly and to ensure their dog is under control at all times. Dog owners should also ensure that their pets are properly secured in their own property and not permitted to roam.

“Council have a zero tolerance to owners permitting their dogs to stray and dog owners are reminded that it is an offence to be in charge of a dog that attacks and injures another animal, including poultry, and those who breach this may have control conditions imposed on their dog licence or face prosecution where the maximum penalty on conviction is £1,000.

“Dog wardens and parks officers regularly patrol our public parks with a very good level of compliance by responsible dog owners ensuring the enjoyment of all our public spaces.”