Speed limit of 40mph introduced in all directions at notorious crossroads 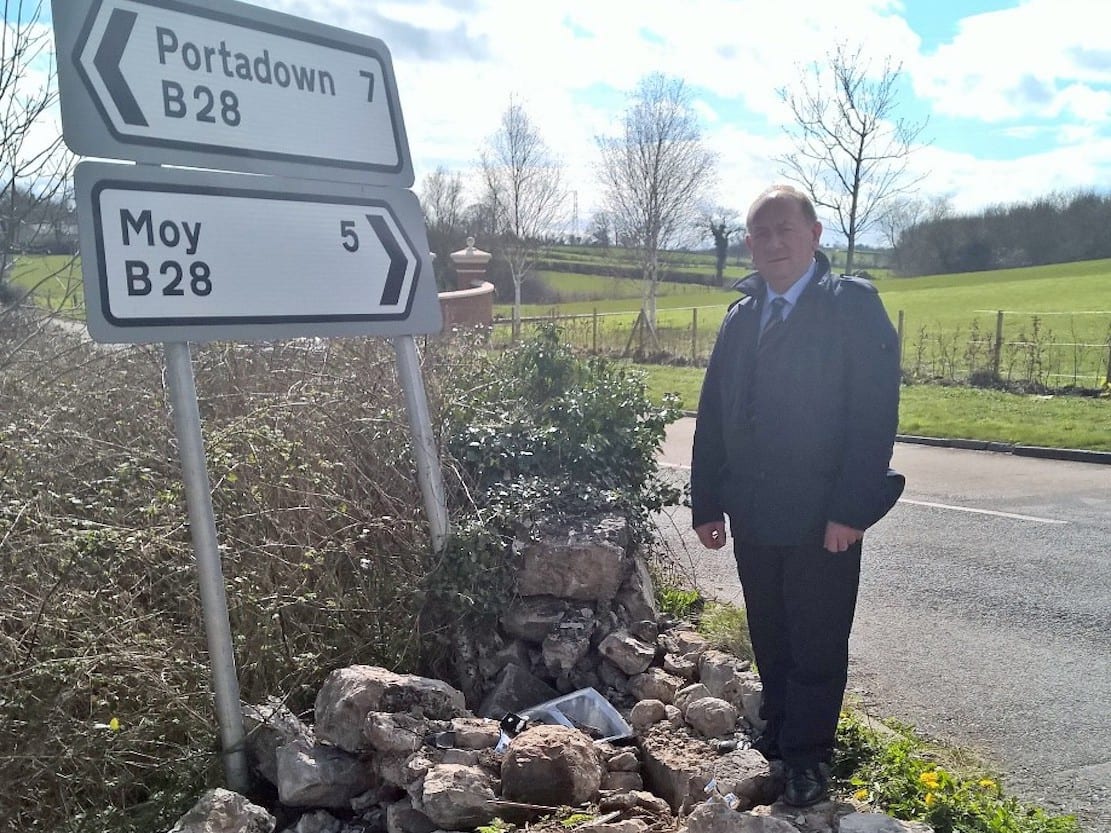 A 40-miles-per-hour speed limit will be introduced in all directions at a notorious Co Armagh accident black spot.

Ardress crossroads, near Loughgall, has seen many accidents over the years – some more serious than others.

However, the introduction of traffic calming measures has been very much welcomed by an MLA who has lobbied tirelessly on the issue.

Newry & Armagh DUP Assemblyman William Irwin has constantly pressed for additional safety measures on a number of occasions following accidents and extra signage and surfacing with additional traction for tyres has been installed at the location.

However, accidents involving cars failing to stop at the cross roads continue to occur.

Mr Irwin said: “I welcome the fact that further safety measures are being carried out at this location which will see a 40mph speed limit introduced in all four directions on the approach to the cross roads.

“There have been numerous very serious accidents at this location and the vast majority are due to drivers failing to recognise that it is a crossroads and they must stop at the junction instead of driving straight through and colliding with approaching vehicles.

“This has prompted me to continually lobby Transport NI for improvements and this work continues and I very much welcome the fact a speed limit of 40mph will be put in place at this point.”

He added: “This will further serve to highlight the fact it is a cross roads and also hopefully give motorists who may be unfamiliar with the route a full chance of stopping in good time.

“It is of course absolutely incumbent on all drivers to drive with due care and attention and be alert to traffic warning signs at all times.”