Work expected to start within next six months 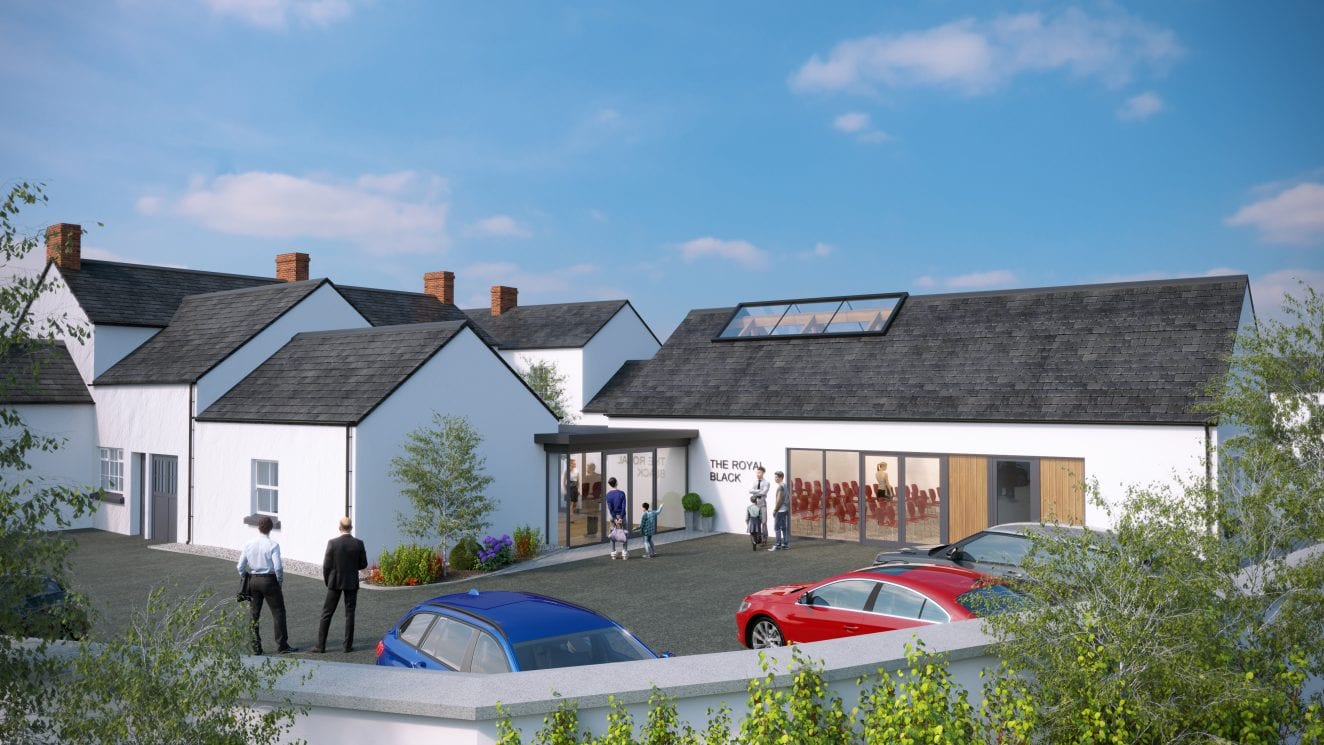 An artist’s impression of the new Royal Black headquarters in Loughgall and (INSET), the proposed meeting room which is one of the features of the Loyal Order’s new base.

Plans for the Royal Black Institution’s new Co Armagh headquarters have been revealed for the first time.

An artist’s impression of the proposed Loughgall base of the Imperial Grand Black Chapter showcase projected drawings of the contemporary facility, which is due to open to the public in 2020.

‘The Tavern’ – located on the main street of the conservation village – will be redeveloped to include administration and meeting facilities, a library, and an exhibition area to showcase historical artefacts.

The innovative project is currently awaiting planning approval and it is hoped work will commence on the redevelopment within the next six months.

Prior to that, the organisation’s administrative HQ was located in Belfast and in Dublin.

The purchase of the Loughgall building marks the first time the Loyal Order has ever owned its headquarters.

Sovereign Grand Master, Rev William Anderson, said: “The development of our new headquarters represents one of the most significant initiatives ever undertaken by the Imperial Grand Black Chapter.

“We believe the Institution will benefit greatly from the move to Loughgall, which of course is steeped in Orangeism, and we will now be part of that going forward.

“Our planned interpretative centre will also open up the organisation to the wider community to learn more about our heritage.”

Rev Anderson continued: “The Institution was delighted to give the wider public the opportunity to visit part of the existing property on the occasion of the County Armagh Twelfth of July Orange demonstration in Loughgall. We also shared our plans as part of an exhibit in the cultural field at Scarva.

“The feedback was tremendously positive, and we now look forward to making our vision a reality in the months ahead.”

The latest news and updates regarding the Loughgall development, will be available from the Royal Black Institution on Facebook and Twitter.