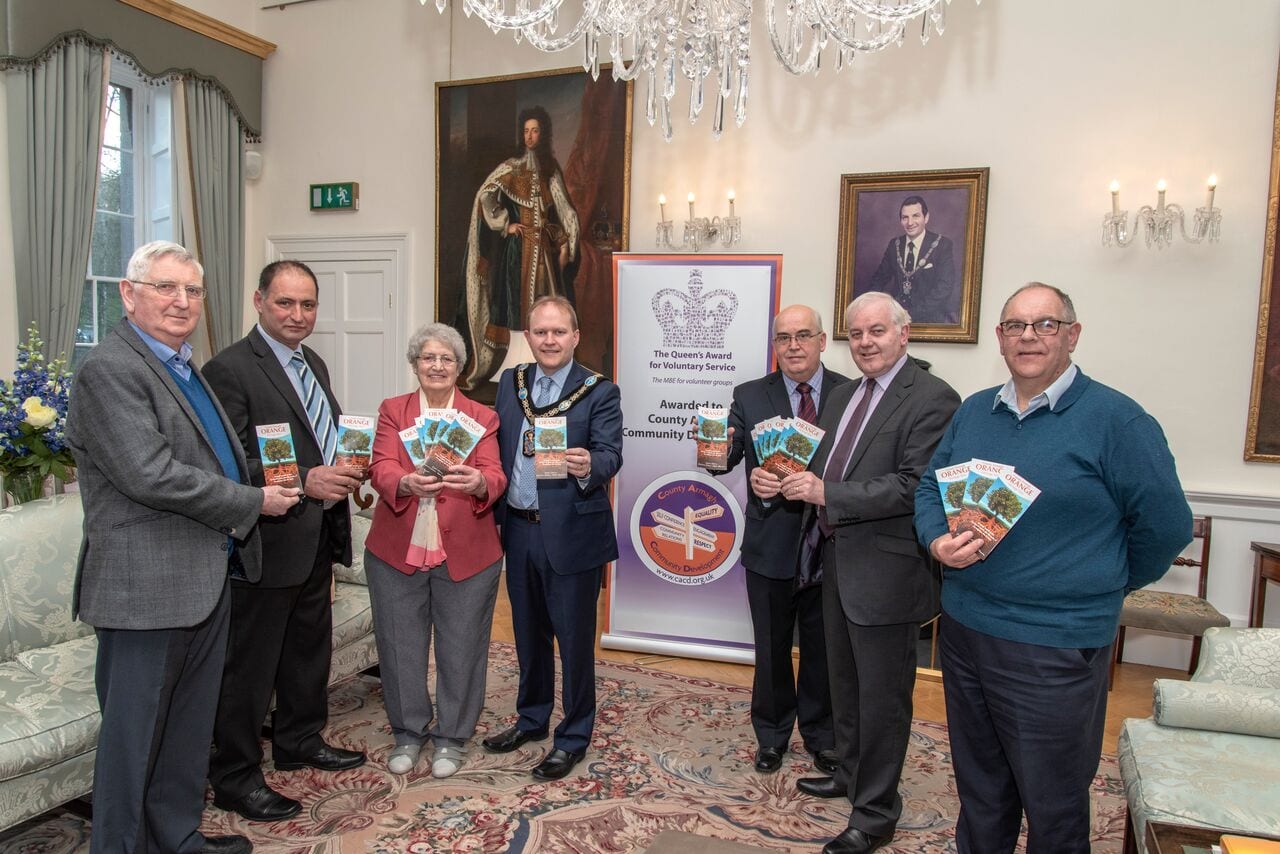 The birthplace of Orangeism is an integral part of a novel tourism project, highlighting the rich Orange heritage of County Armagh.

The Museum of Orange Heritage at Sloan’s House in Loughgall features in a new brochure promoting a unique visitor experience for those wishing to engage in authentic experiences of history and culture.

The publication was recently launched by the Lord Mayor of Armagh City, Banbridge and Craigavon Borough Council, Gareth Wilson.

Alderman Wilson said: “It was a pleasure to host senior Orange Order members at the Palace in Armagh to launch a special tourism brochure linking together four historic Orange heritage sites within the Borough.

“This booklet is an important leaflet and provides visitors with a useful resource linking sites which have a special importance in Orange history in order to get a broad and informative picture of the birthplace of Orangeism in Co Armagh.”

The four Orange heritage sites have been working with County Armagh Community Development (CACD) to develop a product that will appeal to a wide range of visitors and complement the many other attractions in the locality.

Sloan’s House has a unique place in Irish history. It was there following the Battle of the Diamond on September 21, 1795, that the Orange Institution was founded at a meeting. The original parlour is now the centrepiece of a museum, which opened in 2015. The outreach facility has attained a four-star Tourism NI rating.

Dan Winter’s Cottage is in close proximity to the actual site of the Battle of the Diamond where visitors can hear family history of Dan Winter, one of the leading characters, from his direct descendants.

Brownlow House is known as the largest Orange hall in the world and is also the current headquarters of the Royal Black Institution. The historic building played a key role in the Great War and World War Two, acting as a base for battalions of the British and US armies respectively. It currently houses two museums.

Carleton Street Orange hall, opened in 1875, contains many historical artefacts relating to Orangeism. The property is recognised as a heritage centre and accommodates tours for members of the wider public, also incorporating sites of interest in Portadown town centre.

A CACD spokesman said: “Whether it be the ‘culturally curious’, those interested in history, politics, faith or culture; people from the Ulster diaspora wanting to learn more about the culture and traditions of their ancestors; or simply those wishing to have an all-round experience of Ulster, all four venues will provide them with the unique authentic experience visitors are seeking.”

CACD is funded by the Department for Communities. For more information, contact CACD on 028 3755 2103 or email info@cacd.org.uk.