New exhibition on show at Sloan’s House throughout March 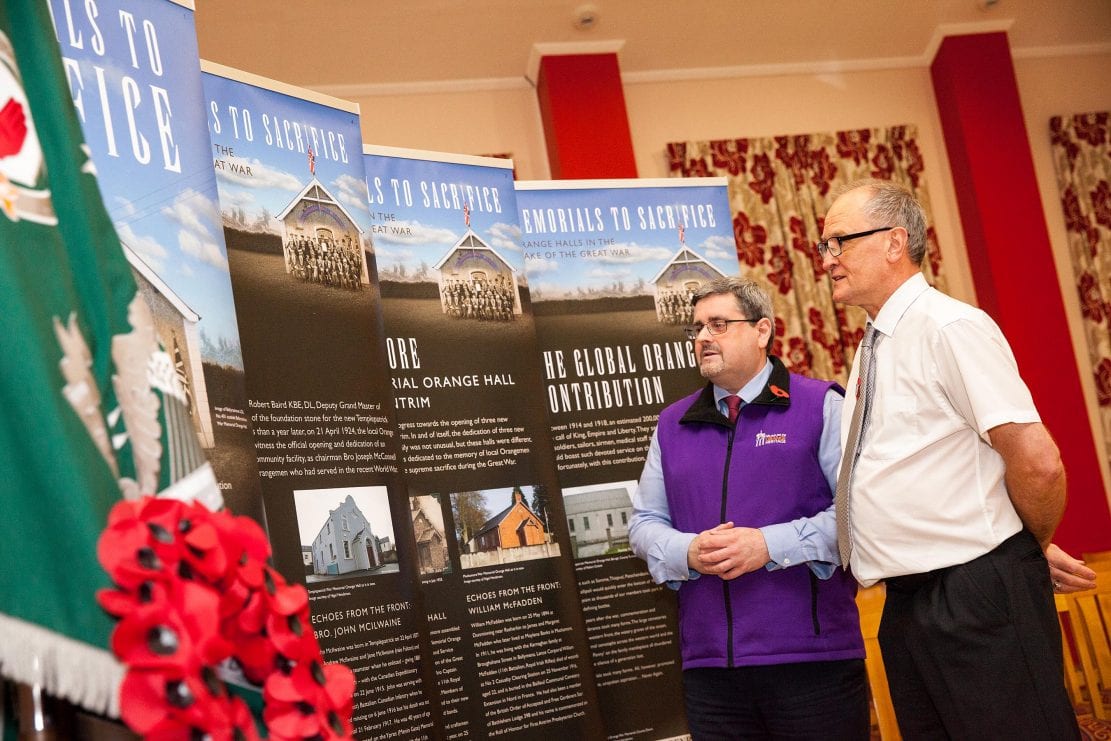 onathan Mattison, curator of the Museum of Orange Heritage (left), with Nigel Henderson, History Hub Ulster, viewing the Memorials to Sacrifice exhibition, which will be on display at Sloan’s House in Loughgall throughout March. Picture: Graham Baalham-Curry

Orange halls, built as memorials following the Great War, will be the subject of a new exhibition at Sloan’s House in Loughgall next month.

‘Memorials to Sacrifice’ at the Museum of Orange Heritage in Co Armagh marks the recent centenary of the Armistice, and the contribution of members of the Orange Institution on the front line.

The detailed exhibition – which is currently travelling across the Province – will be on public display at the Loughgall facility throughout the month of March.

It is estimated upwards of 20 halls owned or primarily used by Orange lodges were erected as memorials to Orangemen who paid the supreme sacrifice during the First World War.

Museum curator Jonathan Mattison said: “We are delighted our educational travelling exhibition, which underlines the extent and contribution of Orangeism to the Great War, and its lasting legacy for local communities, will be made available in Loughgall to the wider Armagh community.

“This display appropriately touches on the theme of remembrance and commemoration, and is accompanied by an informative booklet detailing how the Institution permanently marked members’ sacrifice on the front line over a century ago.”

Research for the project was compiled by History Hub Ulster.

“The halls were often built by the brethren or by ex-servicemen and often had facilities – for example, washrooms, toilets, central heating, electricity – that were still absent in many residential properties.”