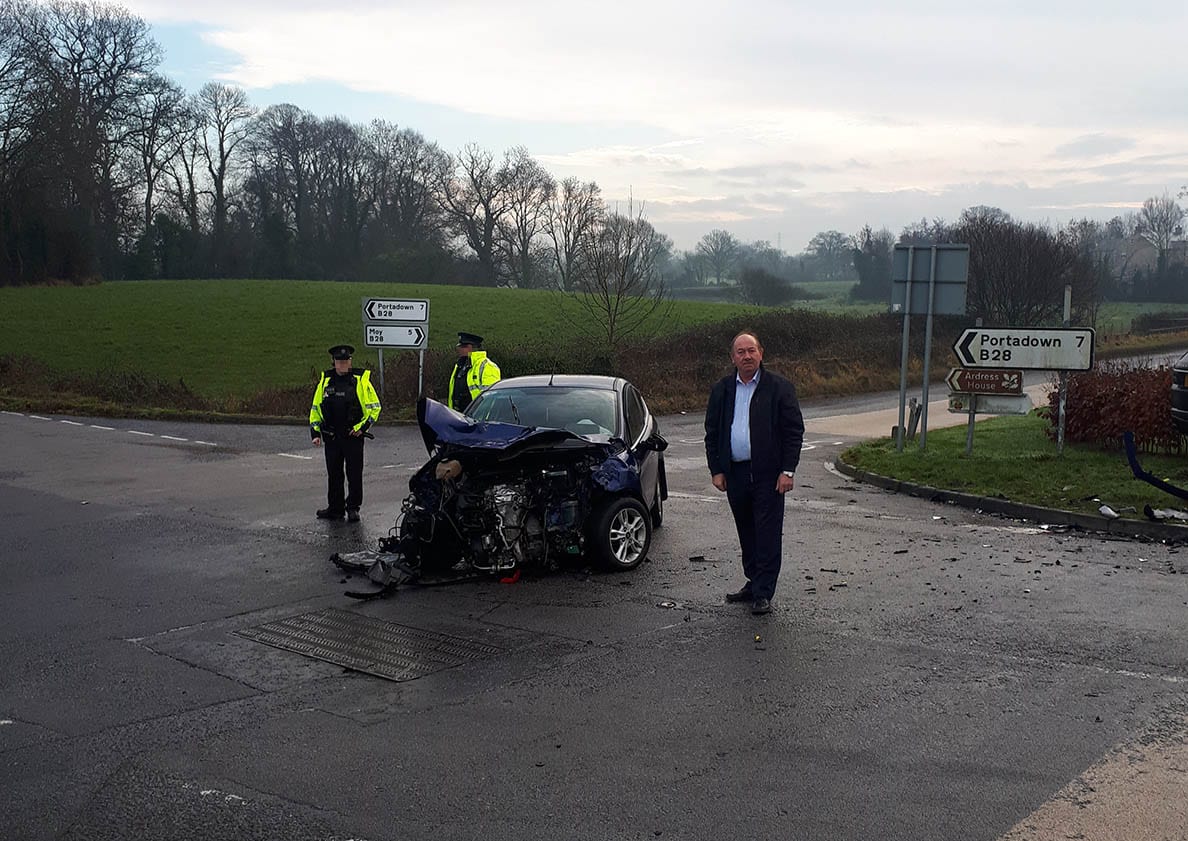 William Irwin MLA at a previous accident at the crossroads

New signage and awareness works at the notorious Ardress crossroads have been been met with quiet optimism by residents in the area.

Following a focused lobby from concerned residents in the area Transport NI has continued to improve awareness of the accident blackspot.

These additional works include the implementation of a 40mph speed limit and extra signage and road markings.

DUP MLA William Irwin has been at the forefront of the residents’ campaign and has thanked Transport NI for their continued efforts.

“There has been a high level of collisions at this location and I know that residents and road users generally have been really concerned that sooner or later a fatality will occur,” he said.

“A number of improvements have been made in recent times, however worryingly accidents still occur at an alarming rate.

“Residents have been very proactive in their lobby and I have joined fully with them in continuing my lobby for improvements.

“This is seeing results which is pleasing to see from a safety point of view.”

Mr Irwin concluded: “Additional signs have been erected including a speed limit and there are more warning markings etc to be added to all approaches to the crossroads and I am hopeful that this will help in alerting drivers to the fact that they must stop at the junction and wait until the route is clear.

“I will continue to, along with the residents, monitor this issue and raise their concerns going forward.”