Edward Bunting : The story and the music – ‘a unique one-off event’ 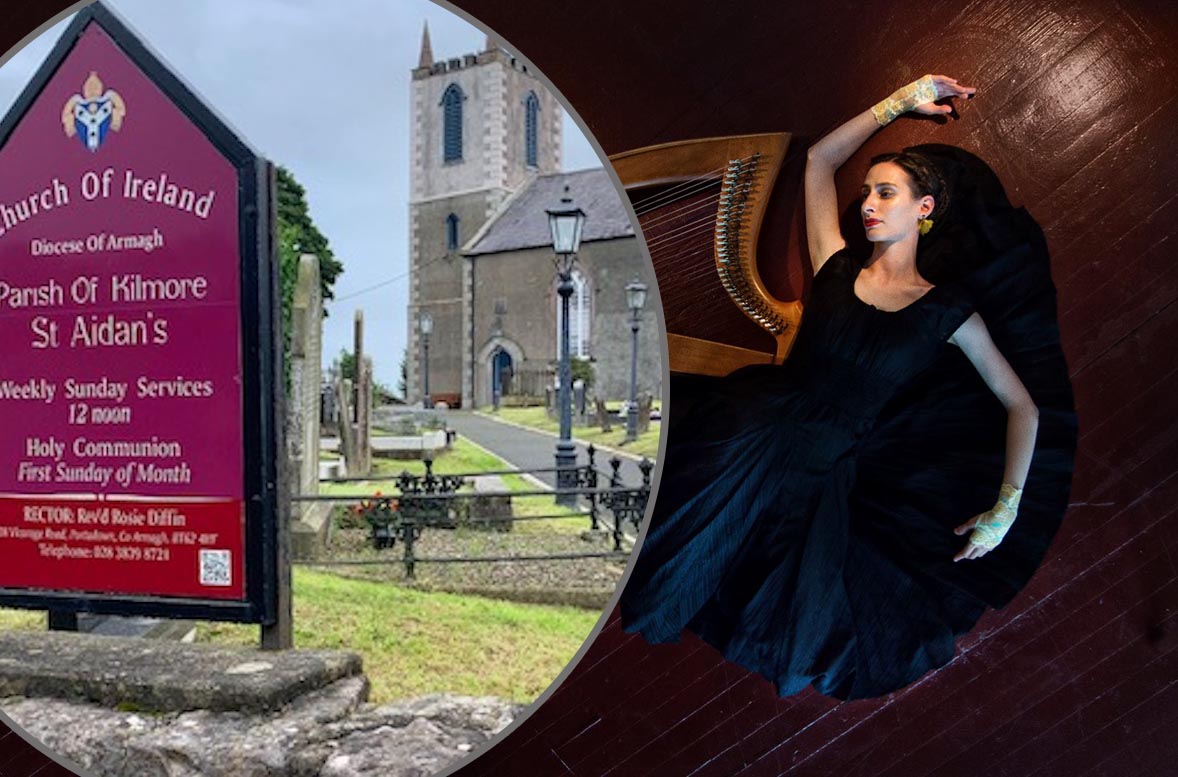 A unique one-off event celebrating the story and music of Edward Bunting will take place in Kilmore later this month.

The special event will be held in the beautiful setting of St Aidan’s Church and has been organised by Ballyhegan and Kilmore Community Heritage Association.

It will coincide with European Heritage weekend and provides a unique opportunity to discover more about the story and music of Edward Bunting (1773 – 1843).

Frank Bunting, his Australian descendant, will tell the story of the man, his connection with Kilmore and the surrounding area and Lily Neill (main image), the highly respected international harpist, will perform examples from the ancient music that he collected.

The event is free to attend but please register for a ticket so that you can be assured of a seat. Donations will be accepted on the evening.

Tickets are available through Eventbrite here or via email from bkheritageassociation@yahoo.co.uk. 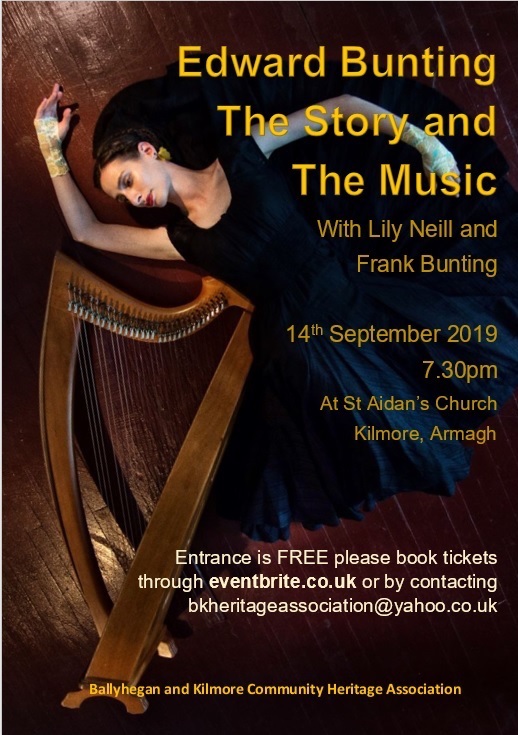 Who was Edward Bunting:

Bunting was born in Co Armagh. At the age of seven he was sent to study music at Drogheda and at eleven he was apprenticed to Hamood Habibi, organist at St. Anne’s church in Belfast and lived with the family of Henry Joy McCracken.

At nineteen he was engaged to transcribe music from oral-tradition harpists at the Belfast Harp Festival in 1792. As Bunting was a classically trained musician, he did not understand the unique characteristics of Irish music, such as modes, and when transcribing tunes he ‘corrected’ them according to Classical music rules.

One proof of this is that some tunes published by him were in keys that could not have been played by the harpists. His notes on the harpists, how they played and the terminology they used is however invaluable, and also many tunes would have been lost if he had not collected them.

Bunting organised a second festival in 1813 and wrote to the Belfast Charitable Society, based at Clifton House, for support. This was granted and the proceeds of the festival were donated to the Charitable Society to help the poor of Belfast.

Bunting went on a number of collecting tours between 1792 and 1807, and was the first to transcribe music ‘in the field’ as played by the musicians. He realised the importance of the Irish words to the songs and Patrick Lynch was employed to collect these. Bunting, who lived in Belfast with the McCrackens until his marriage in 1819, moved to Dublin where he held the post of organist at St. George’s Church. He died in Dublin on 21 December 1843 and is buried at the Cemetery of Mount Jerome, Dublin.[1]

Bunting’s papers were lost for many years, but were rediscovered in 1907 and currently reside in the Special Collections department of Queen’s University of Belfast[2]. Donal O’Sullivan has restored the original words to the airs that Bunting published without the words. The Chieftains’ 1993 album “The Celtic Harp” is a tribute to Edward Bunting.

The first commercial recording of Bunting’s collection was Edward Bunting’s The Ancient Music of Ireland — the 1840 Edition.