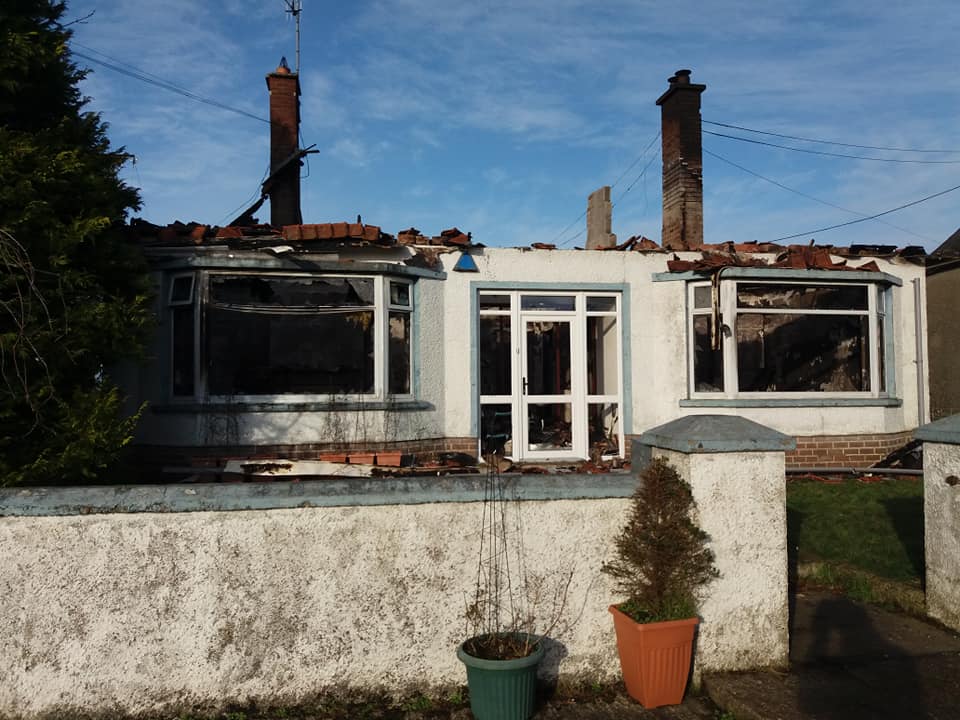 A Co Armagh couple have been left devastated after their new home of just three months was burned to the ground after a blaze broke out from their chimney.

Andy and Laura Whitelaw saw their rented bungalow on Castleraw Road in Loughgall effectively crumble to the ground after a fire broke out in the attic last Thursday evening (January 16).

As the cold nights came in, the couple heated the house with an all night burner fire, which they had installed in their new property.

They even recently had the chimney swept and tested it with smoke pellets.

The shattered couple believe that a spark or ember from the fire escaped through an open hatch in the chimney before set the roof alight.

At around 7.30pm, the couple heard a loud bang, which prompted them to check outside but found nothing. 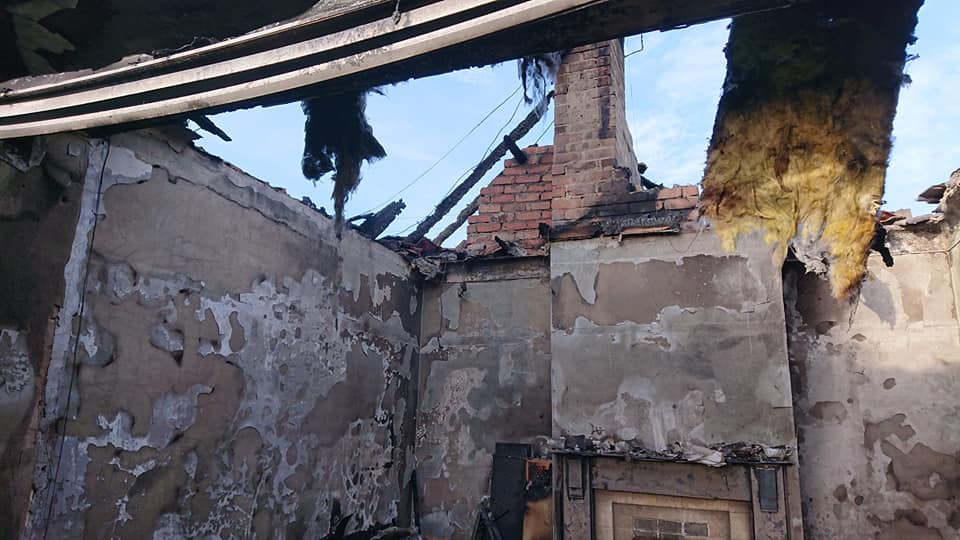 Andy opened the hatch to the attic and smoke started pouring out; his hands were hit by falling debris leaving him with burns.

He tried in vain to douse the fire with a garden hose before the fire service arrived and tackled the flames for almost three hours, with a water tanker having to come from Warrenpoint.

But this was useless, the roof of their home collapsed and within 20 minutes it was a burning inferno.

Speaking to Armagh I, Laura, explained: “We had the fire going for about a week and a half to two weeks, so it wasn’t a case of us lighting the fire and that happened, because we got one of those overnight burners. 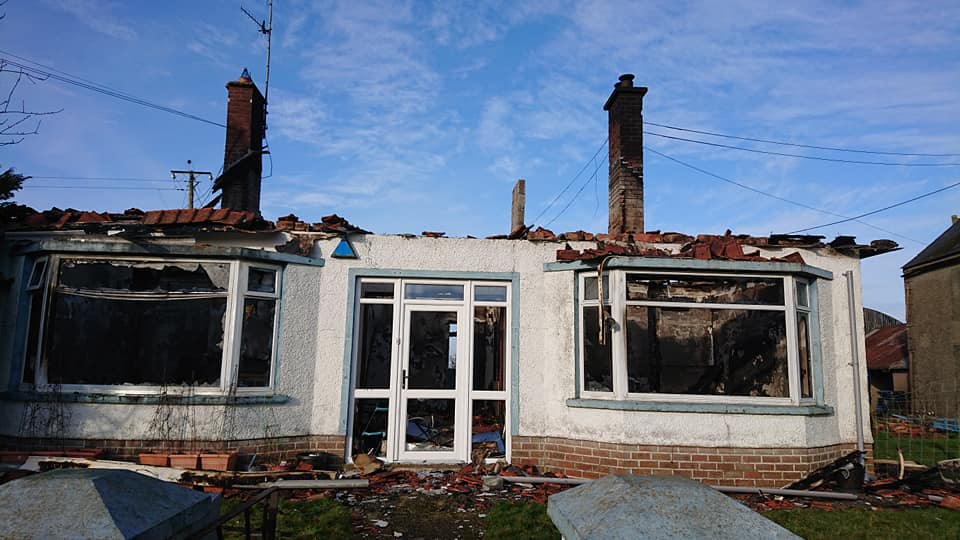 “It was just that something caught light in the loft and in 15 to 30 minutes that was it, everything was gone.”

Laura said that the only thing that is keeping the couple “sane” at the moment is that they were fortunate enough to escape the fire.

“There are so many what ifs, there is stainless water tank behind our bed and the firemen said if we had been in bed at the time we would have had no chance.

“Then it was what if we left the dogs and had gone out somewhere, everything goes through your head.”

The 38-year-old said: “Our landlords were amazing, they took us to their home, we got showered and washed out clothes, they couldn’t have done anything more.

“The kindness has been amazing.” 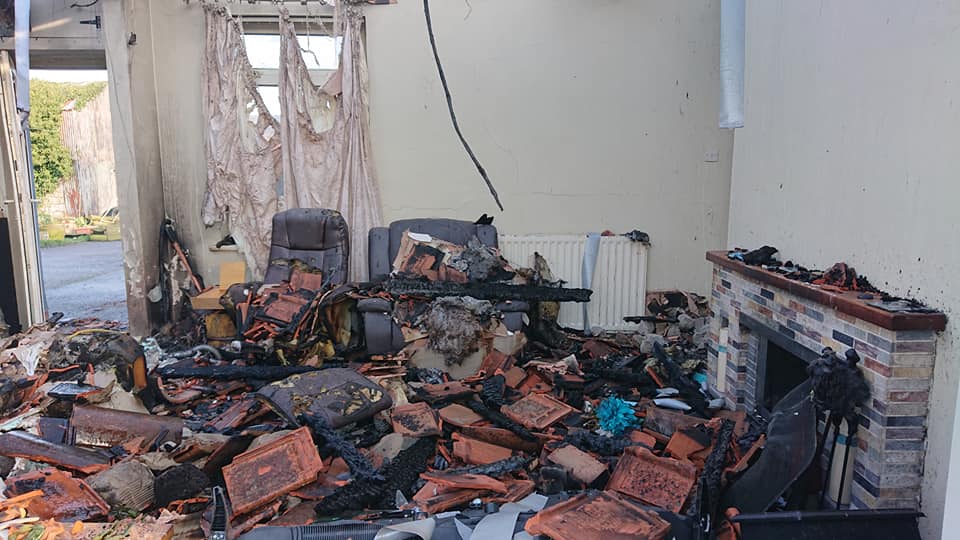 “I would sew,” she commented. “I make my own clothes as a hobby and I just met a couple of my friends for coffee, even the girl there gave me money, Charlene from Woodview Garden Centre gave me a sewing kit.

“You just break down and cry, you are just so overwhelmed by the kindness of people”.

Laura’s husband, Andy, 52, is a retired member of the Army, and she said he is a proud man.

“He would rather help people than be helped. But it is a case of when we get on our feet, then we can donate to the charities who helped us through this tough time and doing things for others who need help.”

Since the incident the couple have been put up in a B&B in Portadown but their two dogs, Apollo and Heidi, have had to be placed in kennels whilst they try to sort out their insurance. 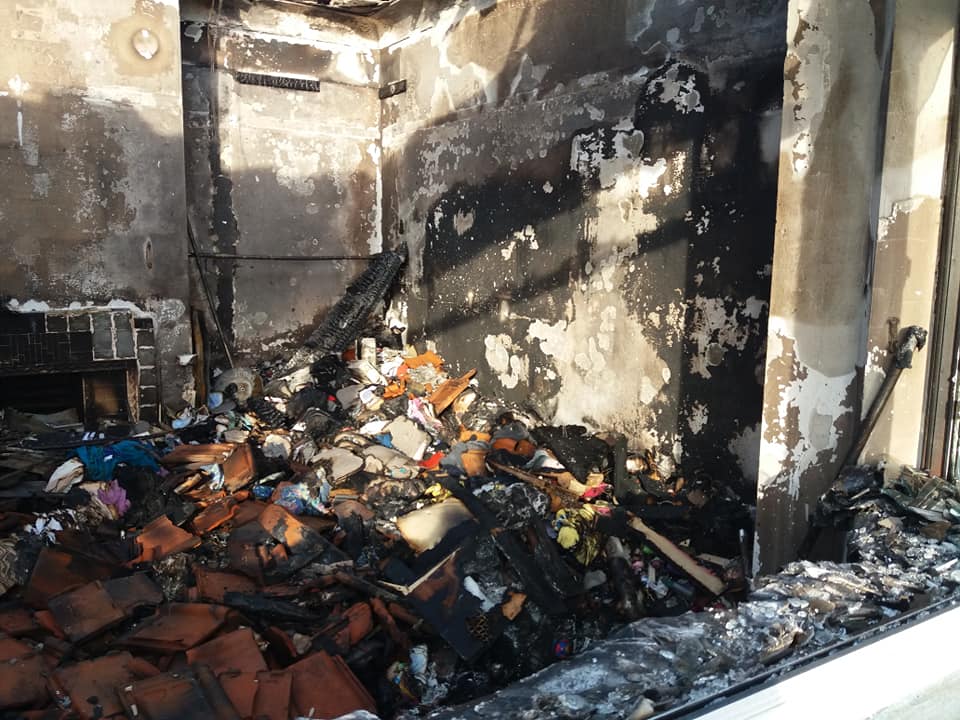 She said: “I keep thinking, the dogs are thinking ‘what have I done wrong?’ so that makes me feel really down.

“We visited them on one occasion, but the guy at the kennels says that it is not really good for them as they think they are going home.

“Hopefully we have a house set up; now it has no furniture or anything but it is a roof over our heads.

“The way we our living now, it is just the silly things like getting up to brush your teeth in the morning and realising that you don’t have a toothbrush, I don’t really think it has hit me yet.”

When asked how they have been dealing with the devastation, Laura said: “You just always think it won’t be me, but we have just took the attitude of if you don’t laugh you would cry.

“In fact, as the house was burning, Andy turned to me and joked ‘sure you said we needed to declutter’, that’s the way he has been dealing with it. 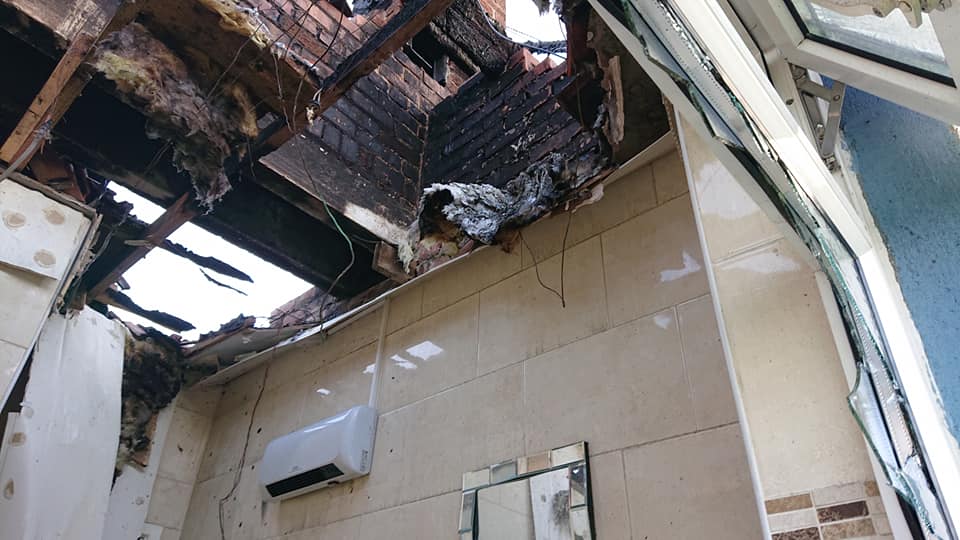 “He suffers from PTSD, I am worried about him but he seems to be coping and in fact is more worried about me, but that is just the way Andy is.”

The Northern Ireland Fire and Rescue Service have confirmed that the cause of the fire is being treated as accidental.

Friends of the couple have set up a GoFundMe page with a target £1,000 to help Andy and Laura get back on their feet again.

Their hope is to raise enough money for a deposit and one month’s rent on a new home.