Countdown is underway for Twelfth of July demonstration in Loughgall 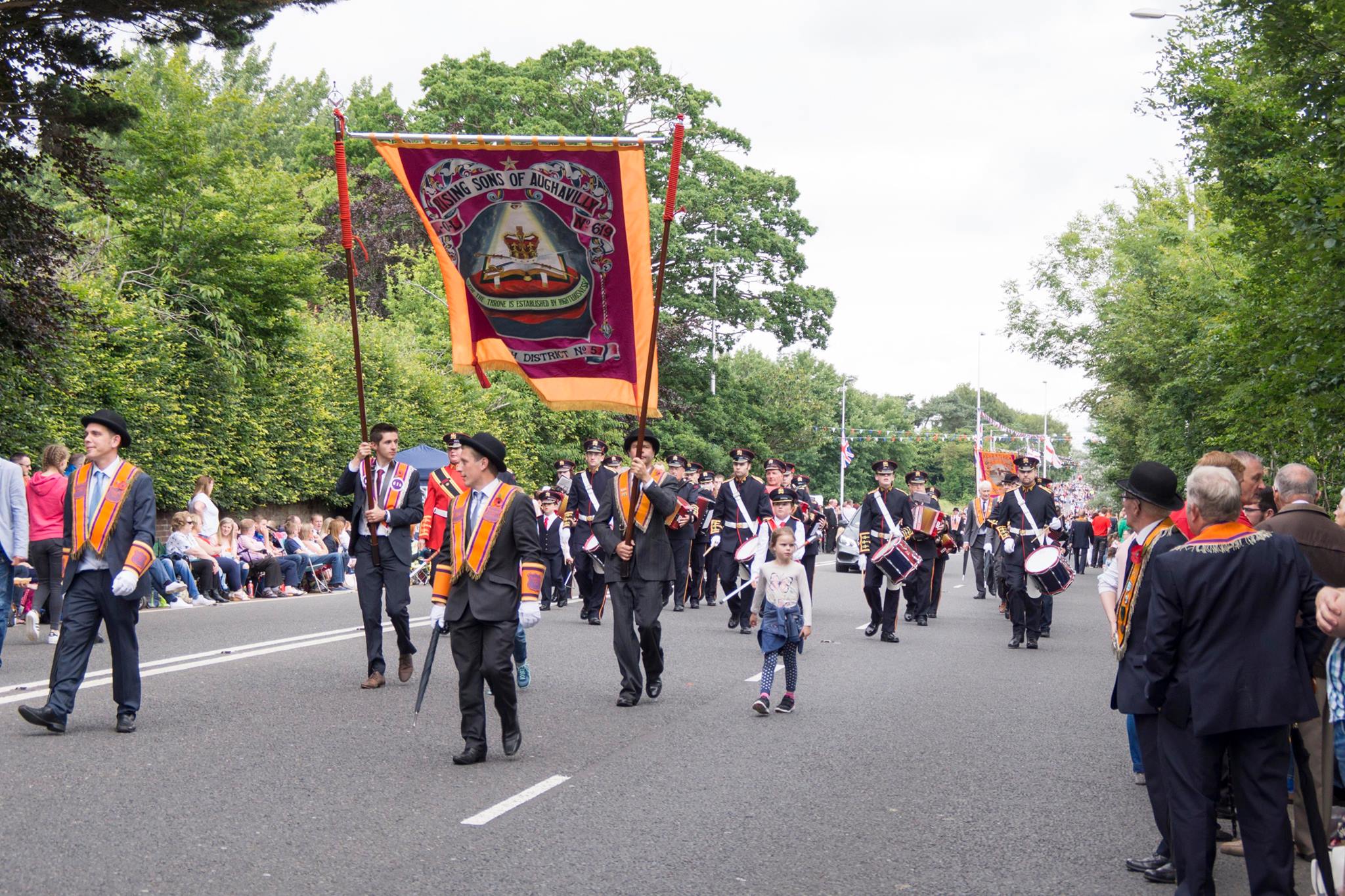 The birthplace of Orangeism will host the largest Twelfth of July demonstration this summer.

The Co Armagh village of Loughgall will be one of 17 venues across Northern Ireland holding processions to mark the 328th anniversary of the Battle of the Boyne.

Preparations are at an advanced stage for the biggest day in the parading calendar, with upwards of an estimated half-a-million people expected to participate or spectate in what is widely regarded as one of the largest annual festivals in Europe.

Thousands of Orangemen, women and juniors – accompanied by over 600 marching bands – will step out at the various locations with much pageantry, colour and heritage on display.

The traditional sight and sound of Lambeg drums will add to the festivities in Co Armagh.

The parade will pass the Museum of Orange Heritage at Sloan’s House, where the Orange Institution was founded in 1795 following the Battle of the Diamond, located on the outskirts of Loughgall.

A large Scottish contingent is expected in Belfast, as the city hosts the longest Twelfth parade on the day, with  participants walking over six miles to the field.

The capital and Ballymena are the only venues where Twelfth demonstrations occur annually.

Meanwhile, breaking with tradition, over 1,000 Orangemen from Mourne District will join their neighbouring brethren at the Newcastle demonstration.

“The Twelfth of July offers a unique opportunity for the Orange Institution and the bands community to showcase our culture and heritage, and we are confident of welcoming increasing numbers of visitors, tourists and families to all of our parades,” he said.

“There are very few events on these islands that can bring such vast numbers of people onto the streets, either by taking part or simply to watch the music and pageantry.”

Mr Stevenson will be in attendance at the Castlederg demonstration.

The senior Orangeman added: “The Twelfth is truly a day like no other as we celebrate much that is important to the Reformed faith, our civil and religious liberties and our British heritage. Our proud cultural traditions will once again be
on display at 17 venues throughout Northern Ireland.”

The Twelfth demonstrations will follow the traditional Rossnowlagh parade held in the Republic of Ireland on the preceding weekend.

A total of 11 District lodges will be on parade in Loughgall, with over 150 private lodges and upwards of 5,000 brethren.

In addition, ladies from the Women’s Institution will be stepping out, along with several Junior lodges.

County Armagh Grand Orange Lodge has had a significant increase in membership over the past year and many
brethren will be on parade for the first time.

The Armagh demonstration usually attracts upwards of 20,000 spectators, including many visitors from across the
border.

Approximately 65 bands, including a small number from Scotland, will accompany the lodges – with some of the finest pipe, accordion, silver and flute bands in the Province on parade.

Also, as the ‘County of the Diamond’ is renowned for the Lambeg drum, dozens of the traditional instrument are anticipated to add much sound to the occasion.

The County Armagh Twelfth rotates around the Districts in an 11-year cycle and this year it is the turn of Loughgall District LOL No. 3 to host the celebrations.

The District is one of the most geographically widespread within the county, with 22 private lodges and over 700 members; the District area stretches from just outside Armagh City into Co Tyrone.

The District has the distinction of having the Diamond area within its boundaries, the scene of the famous Battle of the Diamond on September 21, 1795.

The parade will also pass the Museum of Orange Heritage at Sloan’s House, where the first Orange warrants were signed after the battle.

The lodges of the host District will assemble at McDowell’s Hill on the Armagh side of the village from 9am and joined by County Grand Lodge Officers, will then proceed to the War Memorial close to the Parish Church for a short Act of
Remembrance and wreath-laying, to commemorate all those who paid the supreme sacrifice in Two World Wars and other conflicts, including the Troubles.

The District will then await the first of the visiting Districts who will arrive from 9.15am onwards.

The main parade, led by Drumderg Loyalists Flute Band, Keady, is to commence at 9.30am, headed by the County Grand Lodge Officers.

Loughgall District will be followed by Richhill, Killylea, Lurgan, Newtownhamilton and Portadown Districts; the remainder of the Districts, namely, Armagh, Markethill, Keady, Bessbrook and Tandragee will parade as they arrive, and by 12.45pm, all Districts should be in the demonstration field.

The large and colourful procession will proceed through the historic village to the demonstration field on the Portadown Road for the religious service.

There will be at least two new banners having their first outing on the Twelfth this year, namely those of Derrykeevan Temperance LOL 352, Portadown District; and Derrycorry Purple Guards Temperance LOL 52 from the host District.

The chair will be taken at 1.45pm by the County Grand Master, Denis Watson, and proceedings will commence with the traditional religious service, conducted by Rev Dr Alan McCann, County Grand Chaplain.

The main address will be given by Rev William Anderson, Loughgall District Chaplain. During the proceedings, a
collection will be taken up for the Newry Hospice and Drew Nelson Legacy Project.

The return parade is scheduled to commence at 3pm, with Killylea District LOL No 7 being the first to leave.

As part of the pre-Twelfth celebrations a number of events will take place in the village, including a ‘Songs of Praise’ in the local Parish Church (5 July) and a family fun night in Loughgall Country Park (10 July), incorporating music, a
vintage vehicle cavalcade and fireworks.

To mark the Twelfth in Loughgall, the District has produced a special souvenir booklet and commemorative jewel to mark the centenary of the Armistice.