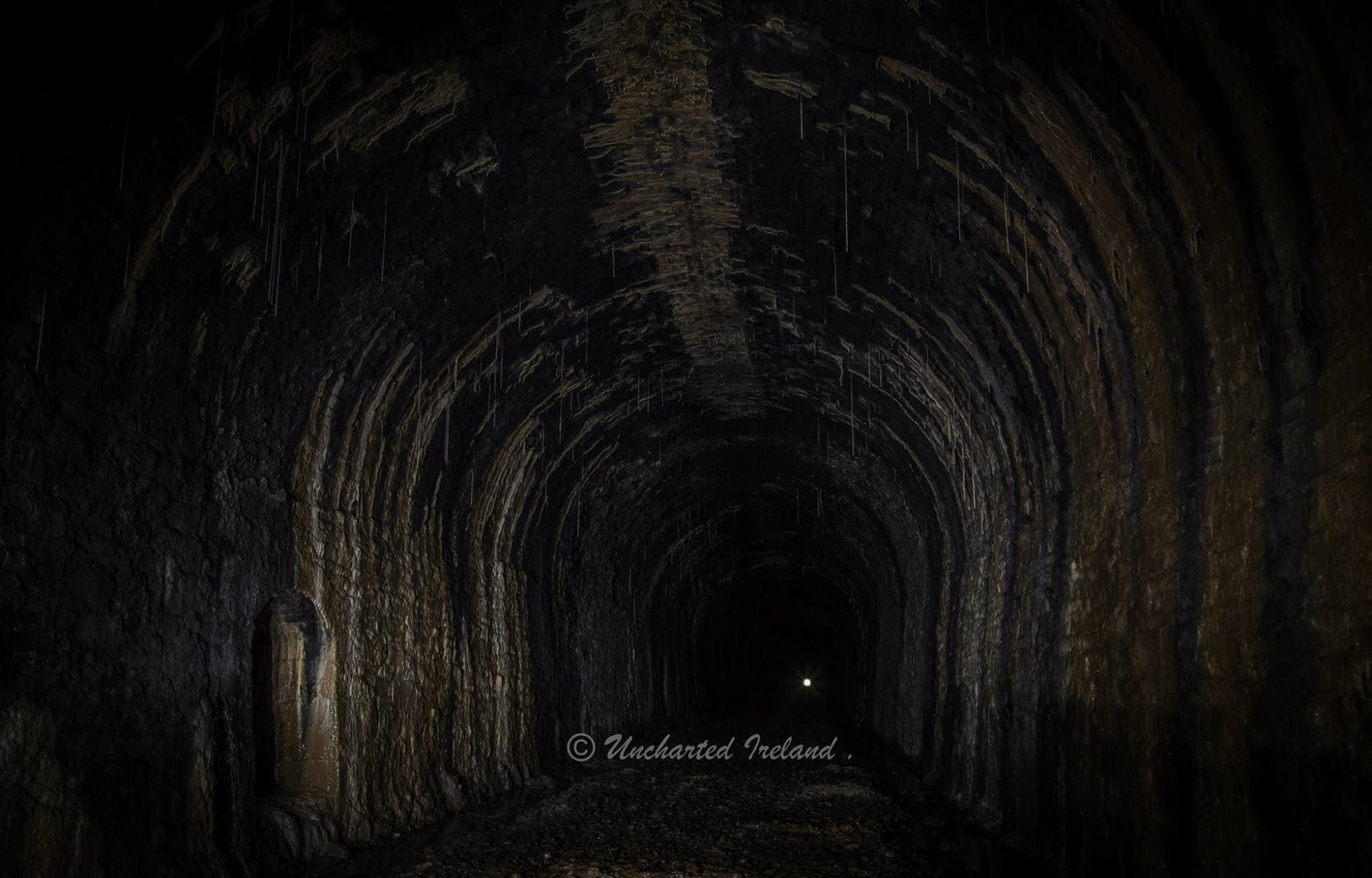 These are the eerie pictures taken inside a former railway tunnel in south Armagh last in use almost 50 years ago.

The brilliant photos shot by Cathal Henry and published on the Facebook page ‘Unchartered Ireland’ go inside what was the island’s longest railway tunnel at one mile in length.

Built in 1864, the first in-service train passed through on August, 25 of that year.

The tunnel is masonry-lined but with some localised brickwork such as around the refuges. These are located at 20-yard intervals along the north wall.

The route’s passenger services were withdrawn following a strike in 1933 but goods trains continued to use this section of the line until 1957.

Today the tunnel remains in fair condition but suffers through water penetration, particularly around its central section.

The tunnel was decommissioned in 1957.

Check out more on ‘Unchartered Ireland’ on Facebook by clicking this link.