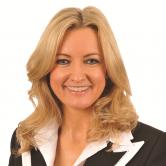 An Upper Bann MLA will shortly introduce a Private Members Bill which, if introduced, will lead to an ‘opt out’ rather than ‘opt in’ approach to organ donation.

The Ulster Unionist Assembly Member, the party’s spokesperson on health, has long campaigned for a change to the way in which the donor system operates.

Today Mrs Dobson MLA welcomed the publication of an evaluation on public attitudes on organ donation which revealed a further increase in support for Northern Ireland moving to a soft opt-out system.

According to the latest figures 61% of local people now support such a move, with 10% against.

The Upper Bann MLA recently announced that she has now completed work in drafting her Private Members Bill to deliver the change and that it will be introduced in the Assembly within weeks.

Mrs Dobson said: “Organ donation is one of the most selfless acts of kindnesses one person can do for another. We have a strong local record on organ donation but it is so sad that, as Wales has taken the next brave step by moving to a soft opt out system, Northern Ireland is now falling behind.

“Demand for transplants is still outstripping supply and as a result every year local people tragically pass away whilst waiting for an organ.

“Indeed last year statistics from NHS Blood and Transplant show that 17 local people died while waiting on a suitable organ – change is needed to save local lives and a soft opt-out system will achieve this.

“My Private Members Bill, which seeks to officially transform organ donation here to a soft opt-out system, will be ready for introduction to the Assembly in September.

“Unfortunately I believe there remains a reluctance at the top of the Health Department here.

“Indeed, even the latest comments from the Minister contain a blatantly negative undertone – a ‘wait and see’ approach won’t save lives.

“The Minister and his Party must not continue to disregard or misrepresent public opinion on organ donation.

“This latest report clearly shows that 61% of people support moving to a soft opt out system, 10% are opposed with the rest understandably not decided or seeking more information.

“With the Minister continuing to disregard public opinion, I hope my Bill will deliver the change that Northern Ireland now so obviously wants.”