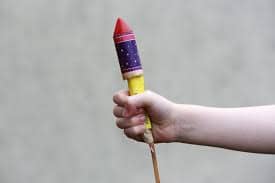 A pensioner escaped uninjured but suffered shock after a lit firework was shoved through their letterbox.
The incident happened in the Battlehill Road area and police tonight (Thursday) issued an appeal for help in finding the thoughtless culprits.
The incident happened later on Tuesday night and was reported to police yesterday (Wednesday).
Sometime between 9.30pm and 10pm, the firework was placed in the letterbox of the house and exploded, causing damage to the door.
Said a PSNI spokesman: “No-one was injured but an elderly resident was left shocked.”
Police are appealing to anyone who noticed any suspicious activity in the area or who has any information in relation to this incident to contact them in Armagh on 0845 600 8000. If you prefer to  provide information without giving your details you can contact the independent Crimestoppers charity anonymously on 0800 555 111.