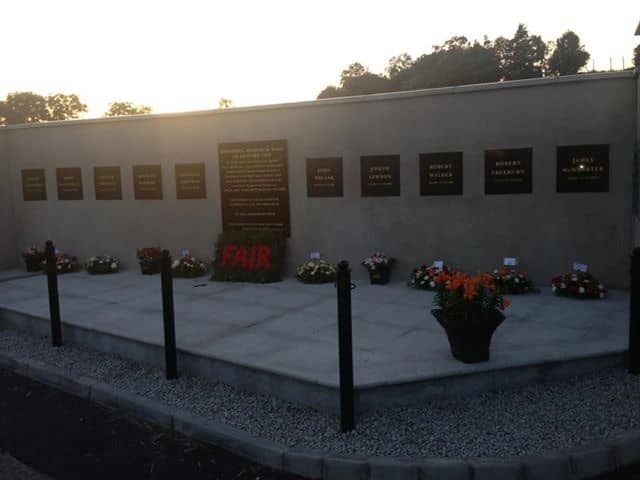 Ulster Unionist MLA Danny Kennedy has welcomed the unveiling of a new memorial to the victims of the Kingsmills Massacre.

Mr Kennedy said: “I very much welcome the dedication and unveiling of the new memorial to the victims of the 1976 Kingsmills Massacre. The fact that this memorial has been paid for by public subscription is an indication of the depth of feeling which still exists over 37 years after the event.

“I would like to pay tribute to the relatives of the murdered men, and in particular to their steadfastness and courage as they still carry on the fight to seek maximum justice for their loved ones, who were totally innocent victims gunned down whilst returning home after a day’s work.

“I congratulate the victims group FAIR for their hard work in the pursuit of justice and in bringing forward the building of the new memorial and thank the contractors and all those involved in the erection of this very fitting memorial which will ensure the memory of the Kingsmills victims will live on.”