'All there knew him well and knew of his quiet devotion to God and his family, and his honesty and integrity in business and his genuine contentment with his work and life' 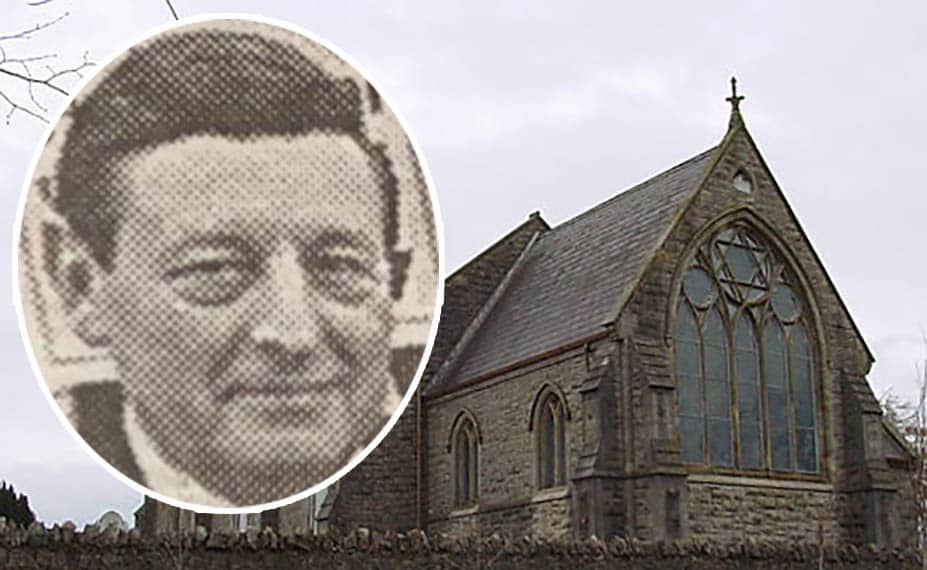 Residents of Killylea paid a moving tribute to John Morrow at his funeral as they lined the route from his home at the foot of the village to his final resting place within St Mark’s Parish Churchyard.

Mr Morrow, who passed away on St Patrick’s Day, owned the Decorbrite store in Armagh, which he founded back in 1969.

The successful businessman was held in high-esteem by all who had the pleasure and privilege to have known him.

His funeral on Friday was held in the courtyard of his home, known as Archdale, at the bottom of the broad Main Street.

Rev Bill Atkins described Mr Morrow as a man who had a “quiet devotion to God and his family”.

He told Armagh I : “In accordance with John’s wishes – and the family – there was no eulogy, in line with the custom of the Reformers. There is no provision in BCP 1662 for a sermon or eulogy at funerals; the service of the Burial of the Dead focuses on Jesus and the Resurrection.

“All there knew him well and knew of his quiet devotion to God and his family, and his honesty and integrity in business and his genuine contentment with his work and life.”

The readings were chosen by Mr Morrow’s wife, Annie, and son, Timothy.

Said Rev Atkins: “They were amongst John’s favourites and reflect his attitude to life.

“The first, Ecclesiastes 3v1-14, reflecting on the meaning of life given that it ends in death. John lived by it. ‘What does the worker gain from his toil? I have seen the burden God has laid on men. He has made everything beautiful in its time. He has also set eternity in the hearts of men, yet they cannot fathom what God has done from beginning to end I know that there is nothing better for men than to be happy and do good while they live’.

“John’s other favourite passage,  John 14v1-14, invites us to entrust ourselves to Christ, as the Son of the Father, the Way, the Truth and the Life, who came to us to show us the Father, and who goes away via the cross to prepare a place for us in his Father’s house.”

The minister said there was “palpable grief”, but this was “tempered by thankfulness for his life and hope, real hope based on the promises of our Risen Lord”, drawing attention to the words of John 14v19, which assures: ‘Because I live, you also will live’.

After the service, those in attendance drove to St Mark’s Parish Church where, within the graveyard, Mr Morrow was laid to rest.

The minister said it was a moving and appropriate gesture from villagers as the popular local made his journey to his final resting place.

Rev Atkins added: “The love affection and respect for John was demonstrated by the residents of Main Street and others who, distanced and masked, lined the route to the churchyard.”