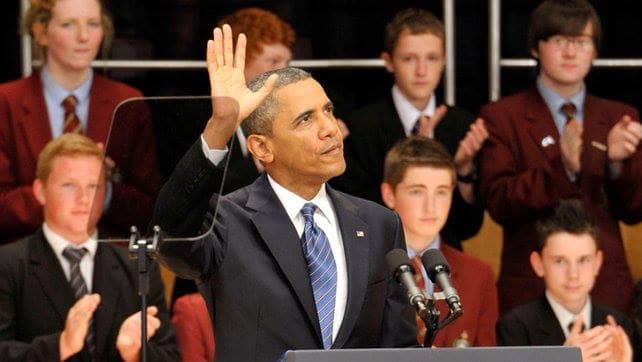 IT was a day they will never forget for the rest of their lives.
Pupils of St Patrick’s High School, Keady, were delighted to be in the audience at theWaterfront Hall in Belfast yesterday (Monday) for an historic address given by US President Barack Obama on his arrival in the Province for the G8 Summit.
Keady Councillor Darren McNally has commended the pupils who were lucky enough to be there.
“It was great to see a local school participating in such an auspicious event,” the Sinn Fein councillor told Armagh I. “While he has many detractors, the fact is that President Obama is one of the world’s most powerful men.
“It can only be good for local school pupils to hear his thoughts and those of his wife Michelle Obama.
“It is true that these pupils will be the leaders of our society in the future so to have the opportunity to meet President Obama, one of the world’s great orators, is a wonderful achievement.”