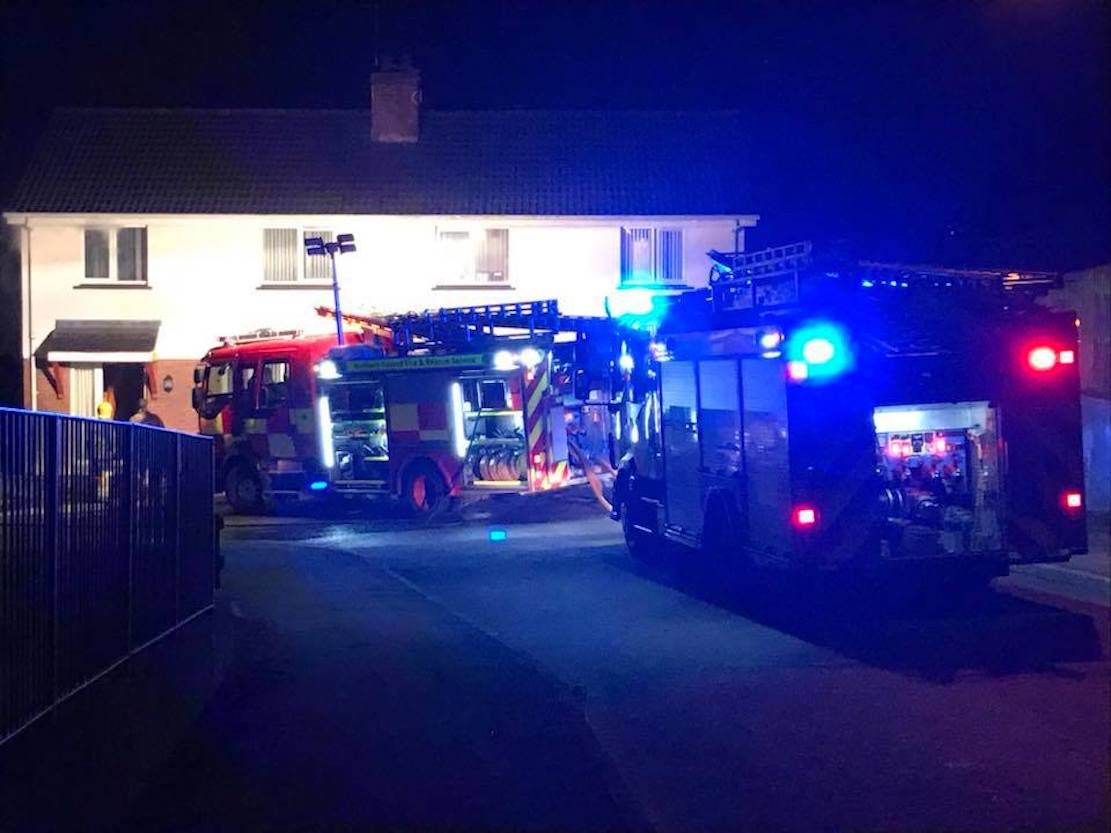 A young family were evacuated from a house fire in Keady tonight (Sunday).

The blaze broke out at a property in the Annvale Green area of the town shortly after 9.30pm tonight.

Emergency crews were tasked to the scene after neighbours spotted smoke billowing from the family home.

The family were quickly removed and housed with a neighbour in the estate.

Sinn Fein councillor Darren McNally is at the scene and has praised local residents for acting quickly.

“This is an awful ordeal for the local residents and the family in the adjoining property in particular,” he said.

“Thankfully the emergency services were alerted promptly and were able to deal with the incident.

“This could have had tragic consequences had it occurred later in the evening.

“Thank you again to our emergency services who risk their lives to protect our community.”

The cause of the fire is unknown at this early stage.