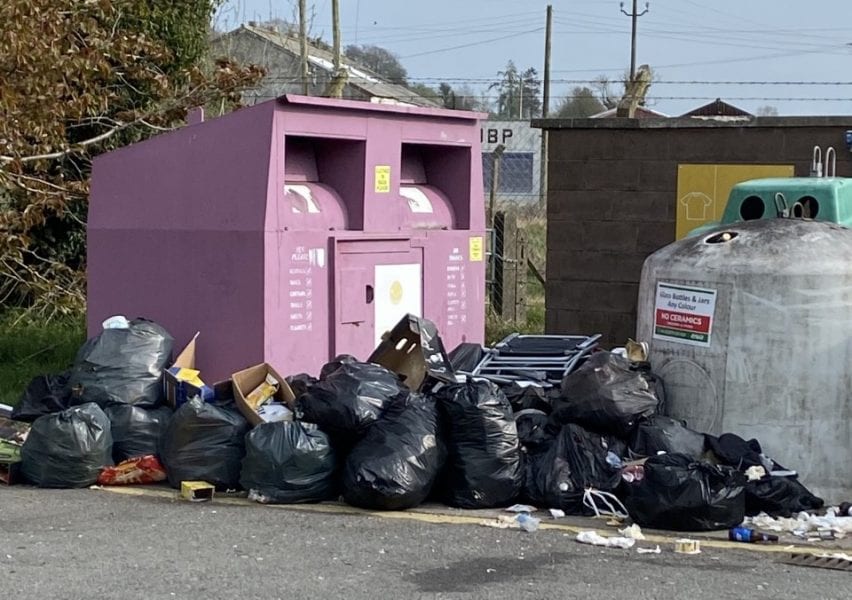 Two of the remaining five recycling centres in the borough are expected to open later this week.

And these are likely to be at Keady and Dromore. No firm day has been given at this stage.

The update was provided by strategic director Mark Parkinson in response to a question from SDLP councillor Thomas O’Hanlon.

Addressing Tuesday night’s remote meeting of ABC Council, Mr O’Hanlon had sought an update on recycling centres and movement in relation to other services including markets such as the Shambles Market in Armagh.

Mr Parkinson said the plan was to open two of the remaining five sites.

He said the opening of the first four – at Armagh, Portadown, Lurgan and Banbridge – had gone “particularly well”.

Mr Parkinson said there had been “queues the first couple of mornings” but it had gone exceptionally well.

He said the hope was that the other three – Markethill, Tandragee and Rathfriland – would open as soon as possible afterwards as they would be reviewed the following week.

It was hoped to open them “when resources become available”.

It was also decided to open on Saturday mornings to the public as the demand from NHS and primary care workers was “simply not substantial”.

Sinn Fein Councillor Catherine Nelson made a proposal in relation to access to the sites.

Initially, the centres reopened for the disposal of additional bagged household waste and organic garden waste that cannot be stored at home. The reopening was to limit to cars only, with no vans and no trailers at the moment.

She said some people are having to turn down work because of the current situation.

Mr Parkinson said they were continuing to review and will widen services when resources become available.

“Our aim is to get that service up and running as quickly as we can to the normal service,” he added.

He said they were looking at putting in a helpline to address issues some may have.

Councillor Nelson made it a formal proposal to allow vans and this was seconded by DUP Councillor Mark Baxter. He said he thought it was vital these were opened “as soon as possible” for commercial waste.

Mr Parkinson said if councillors were minded to open for vehicles for commercial waste that was their prerogative but he warned they “may end up with substantial queues”.

Alderman Wilson said he had been contacted by several businesses and it was “becoming a huge issue”. He too felt that these should be accommodated.

Sinn Fein councillor Keith Haughian said it was about offering equal access regardless of the vehicle and there was cross-community support.

Ulster Unionist Julie Flaherty echoed the words of the director when she pointed out that it was just one week into the reopening.

She thanked the staff for all they were doing. She said as long as her party can be assured resources are in place and staff are happy then they were more than happy to see “some increased flexibility” in regards to the type of vehicle admitted and some more consideration in relation to the commercial end of things.

The issue will be taken under scheme of delegation, at the request of Councillor O’Hanlon.

He added that they were looking at the moment with the first aim to deliver Keady and Dromore to ensure they are opened this week and then they would look at doing commercial waste “as quickly as possible”. He said he did not want to identify a particular other than to repeat as quickly as possible.

She said there were issues in relation to indoor and outdoor opening, given the Johnston House building is part of the market, and thye were awaiting guidance from the Northern Ireland Executive.