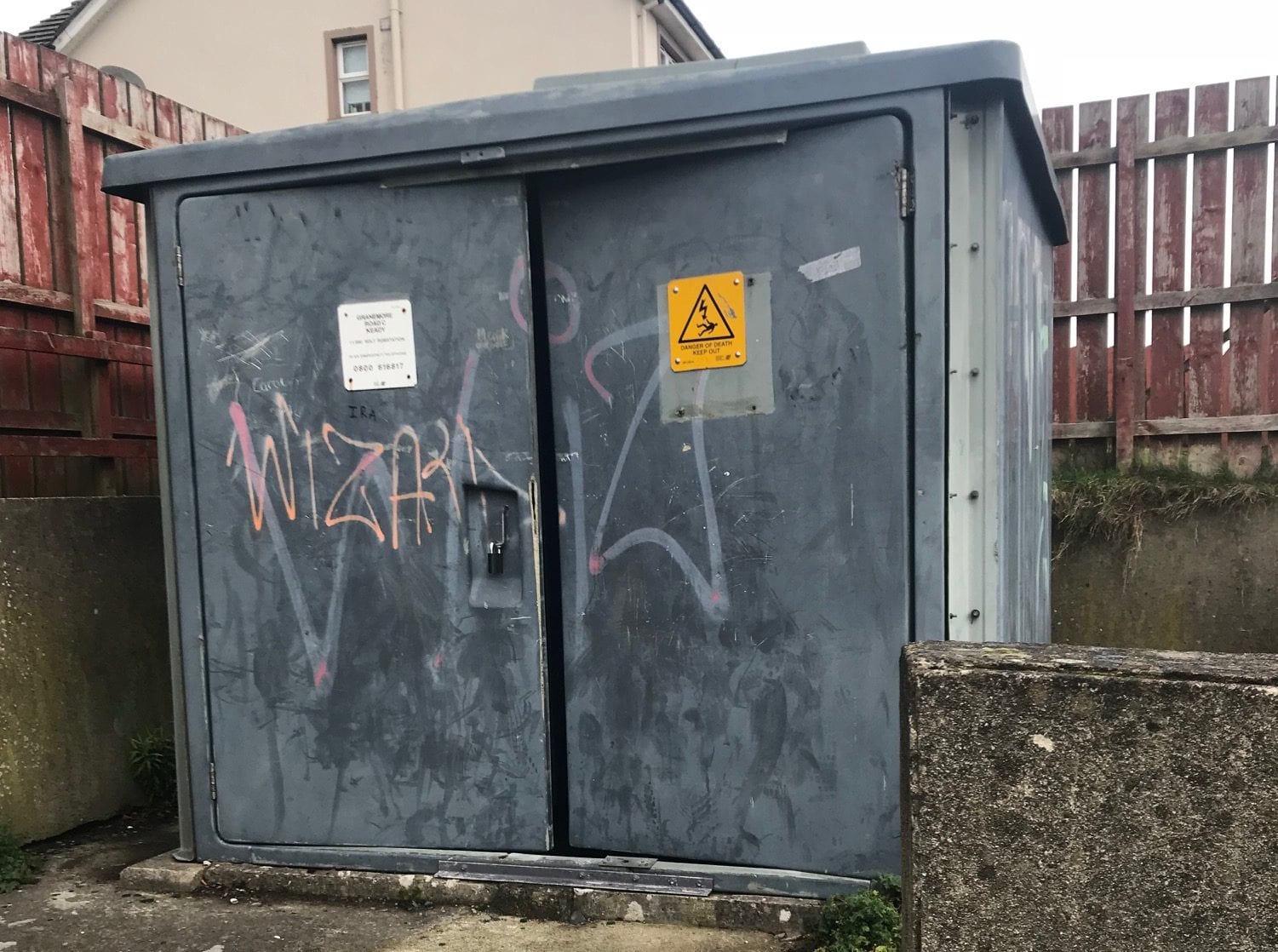 An electricity sub station in Keady – which has become a hot-bed for anti-social behaviour – could soon be closed off.

Northern Ireland Electricity has confirmed that a review of safety and security measures will be conducted.

Residents have been living in fear of the sub-station – on the Granemore Road – and the ongoing activities there.

He said it was being used for “drinking and a gathering place in general”.

“My issue, and indeed that of local residents, is that the place chosen to congregate is extremely dangerous,” added councillor O’Hanlon.

” The reason is those who gather at this location consistently break open the doors to the sub-station and leave it exposed to the elements.

“They do not know the danger of the cables contained within the sub-station. It is an electricity hub supplying hundreds of homes. The danger is real and should not be under-estimated.”

Councillor O’Hanlon said he had met on site with senior officials from NIE on a number of occasions and could confirm a review is to be carried out about the safety of the site.

He added: “In the interim new doors are to be placed on the sub-station whilst the review is carried out.

“Sub-stations are extremely dangerous, even for those who know what they are at.  Those responsible for these antics at Granemore Road are putting their own lives at risk and those of the community the sub-station serves.

“I am pleading for those responsible for the continuous attacks on this sub-station to stop.  This is too serious an issue to be messing about with.”