Night to remember Keady man Ed raises over £2,000 for charity 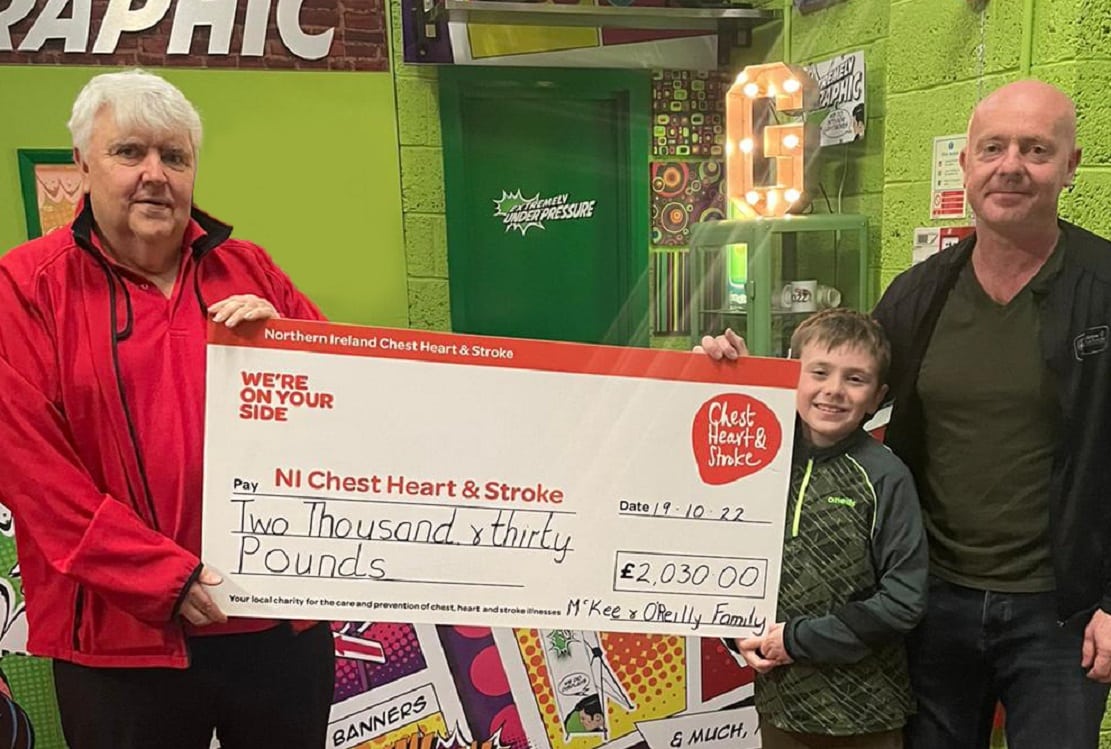 Martin McKee, right, and Harry McKee (Martin's son and Ed's godson) present a cheque to Martin Black from the charity

A Keady man who had always joked about wanting a good ‘send-off’ got just that with a charity night raising over £2,000 in his memory.

Eddie (Ed) O’Reilly died after a massive heart attack in 2021, a few days before his 51st birthday.

But because of Covid restrictions, he didn’t get the send-off his family thought he deserved.

So his cousin Martin McKee, with the help of other relatives, organised ‘A night for Ed’ in The Caledonian, Keady, on August 20, to raise money for NI Chest, Heart & Stroke. Said Martin: “Ed was my cousin and oldest friend… He had always quipped about hoping to get a good send-off when it was his time to go but he died during Covid times and I thought he deserved a proper send-off when restrictions lifted.

“The interest and support from people was overwhelming and a good night was had by all with a total of £2,030 raised from donations and a raffle.”

He added: “I would like to thank the following people without whom none of it would have been possible: The Freedom 35’s, Sophie Ross and John Greene for the music on the night; Phillippa and staff from The Rolling Pin, Phyllis McKee, Siobhan and Harry McKee for the food.

“Also, all the people and businesses that donated prizes for the raffle; Mary and all the staff of The Caledonian; Ed’s immediate family for all their help and support organising the event and everyone that came out to support this.”