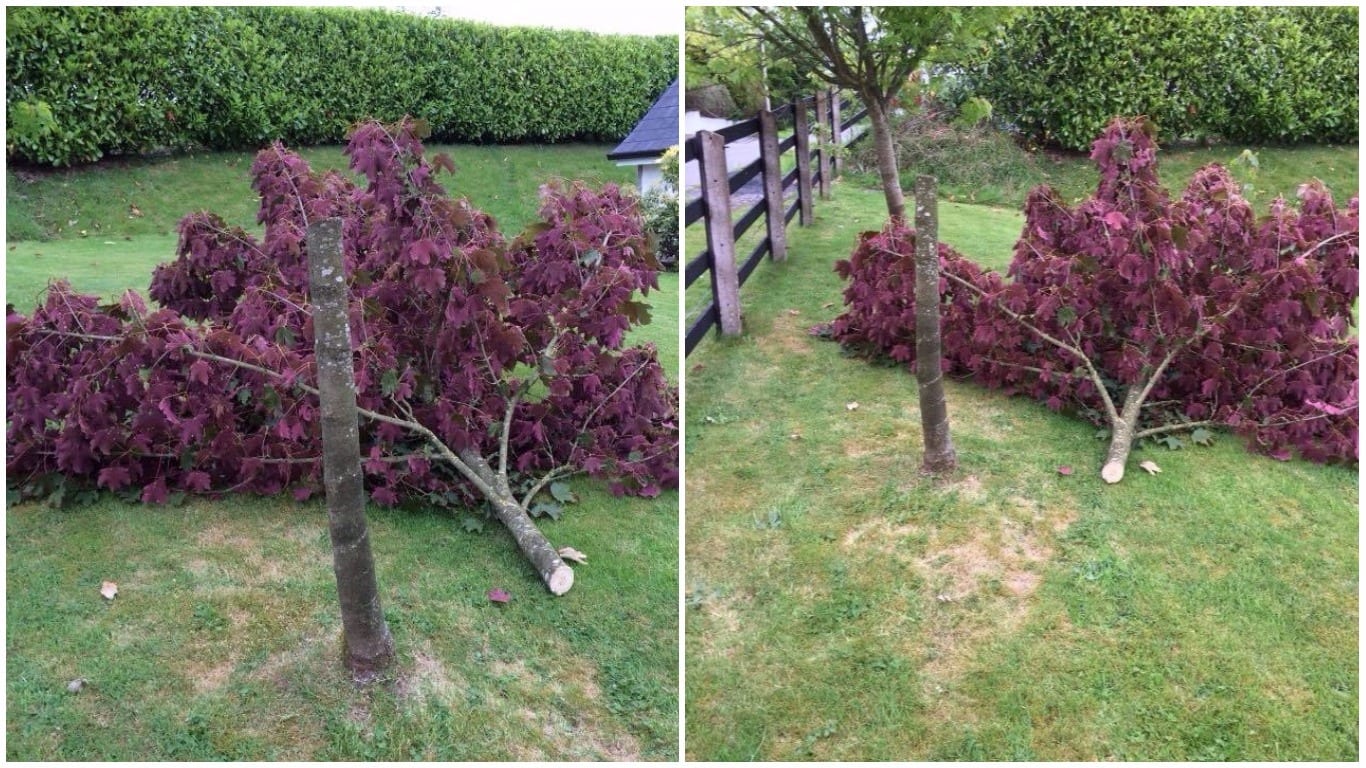 What kind of a senseless mind would even think of doing something like this?

A tree simply sawn down for absolutely no reason.

And it’s all the more annoying for the family in whose garden the vandals struck, as it was they who planted it when they first moved in.

They have watched it grow and flourish for over a decade. Until some moron decided to do this.

The incident happened at Tassagh.

And it was not an isolated incident of vandalism; a GAA ground at Ballymacnab was also targeted over the weekend.

It was discovered on Sunday morning that the tree had been felled.

The home-owner’s daughter said her father discovered the damage when he went to let the family dog out at around 9.30am on Sunday. It is believed the vandal or vandals struck sometime afternight.

She told Armagh I : “They even broke off two of the rails from the fence instead of simply climbing over.

“It’s a pure disgrace. My mummy had planted trees when we first moved in 11 years ago and for someone to come and do that is a joke.”

At Ballymacnab, meanwhile, vandals caused extensive damage to the pitch.

The committee of Ballymacnab Round Towers GFC condemned the incident as “most disappointing”.

A spokesperson said: “Our facilities are used for the promotion of Gaelic Games and culture in our community and is, and has always been, a pivotal focal point in our community. Behaviour of such kind must stop now.

“Too many people presently and down through the years have given up their time and contributed so much to the excellent facilities we have now.

“We appeal to anyone with any information to please pass on to any member of the Committee. Their information shall be dealt with in confidence.”

Those who caused damage to the Ballymacnab pitch have also been condemned by local SDLP Councillor Sharon Haughey-Grimley.

She said: “Vandalism of such facilities is an attack on the community and all those who benefit from the endless hours of volunteering from all generations, especially our children and young people.

“There is no place or support for this type of behaviour.”