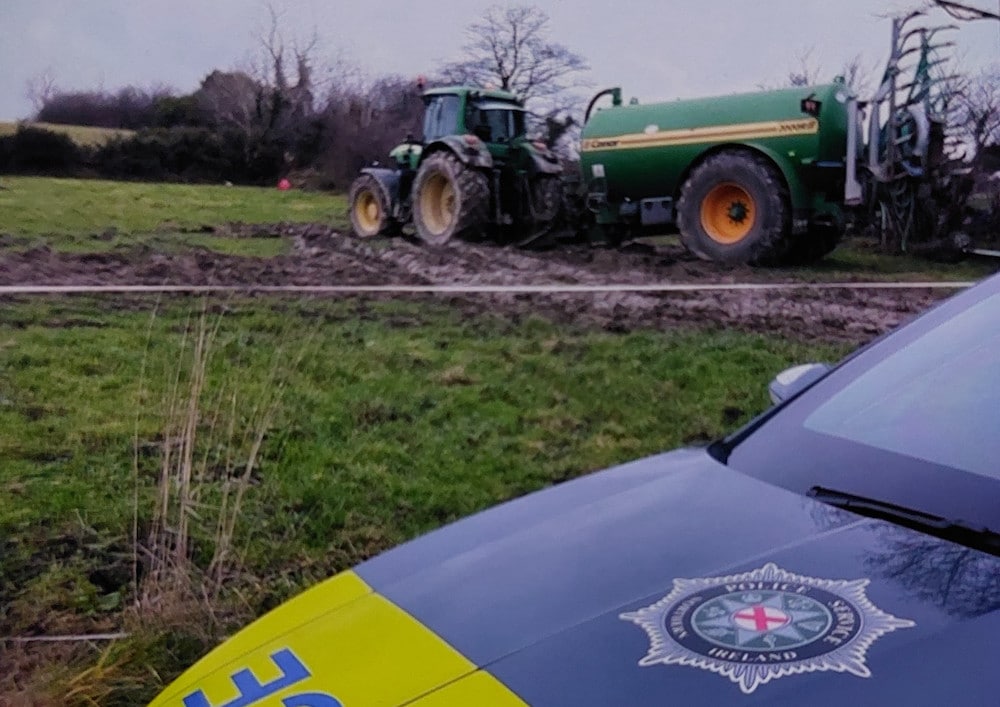 A man is to appear in court a tractor and slurry tanker, stolen in Co Kerry, turned up in a field in Keady last week.

The 30-year-old has been charged with handling property stolen in the Republic of Ireland.

He is expected to appear before Armagh Magistrates’ Court on Tuesday, January 31.

As is usual procedure, all charges will be reviewed by the Public Prosecution Service (PPS).

The John Deere 7530 tractor and Conor slurry tanker were reported stolen from a farm in Co Kerry last Sunday night, January 8. They were recovered in Keady on Tuesday, January 10.

An Garda Síochána spokesperson, at the time, said: “Gardaí and PSNI officers conducted a joint investigation on both sides of the border, resulting in the recovery of the stolen vehicle in Co. Armagh.”