Main road blocked as lorry crashes into ditch near border 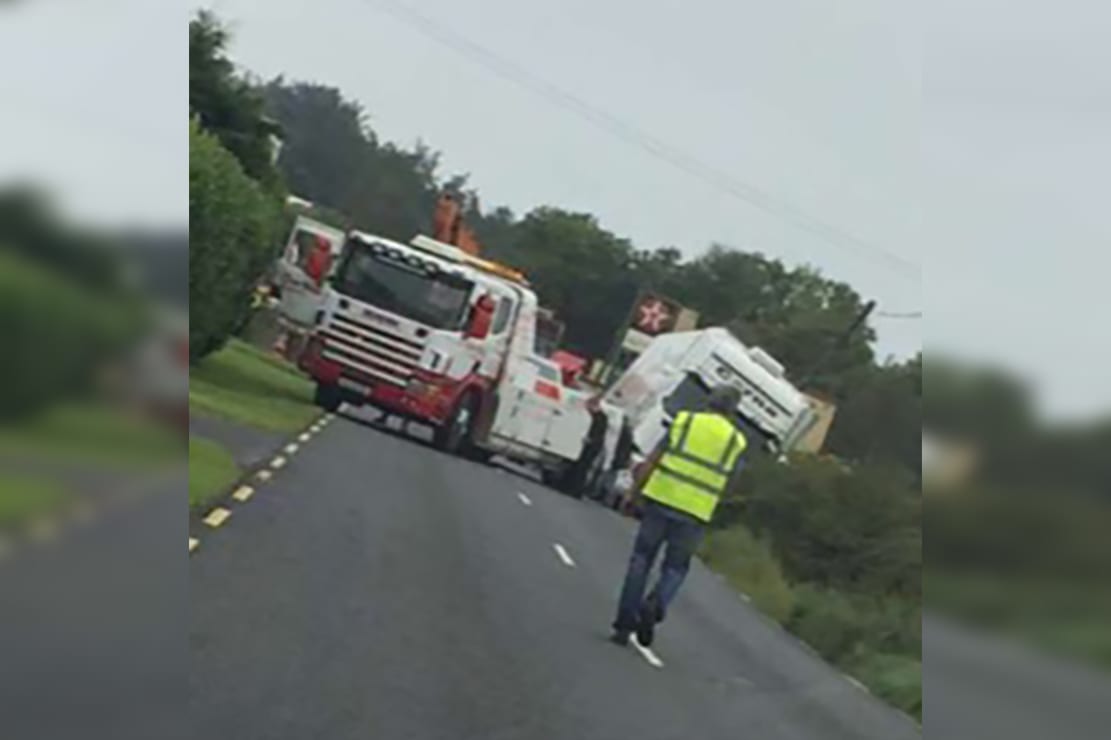 A main road close to the border in south Armagh was blocked for a number of hours earlier this afternoon when a lorry crashed into the ditch.

The Castleblayney Road, outside Keady was impassable at Mone’s Fuels service station.

A large 40-ft Carna Transport lorry crashed into the ditch just past the fuel station shortly before 3pm this afternoon.

It is understood no other vehicles were involved and that nobody has suffered any serious injuries.

One eye-witness told Armagh I that the road was blocked for traffic in both directions and that it could be closed for up to an hour due to the recovery operation.

A digger was on hand to aid with the heavy lifting.

Motorists were advised to avoid the road at the time.

The road re-opened just after 5.30pm.