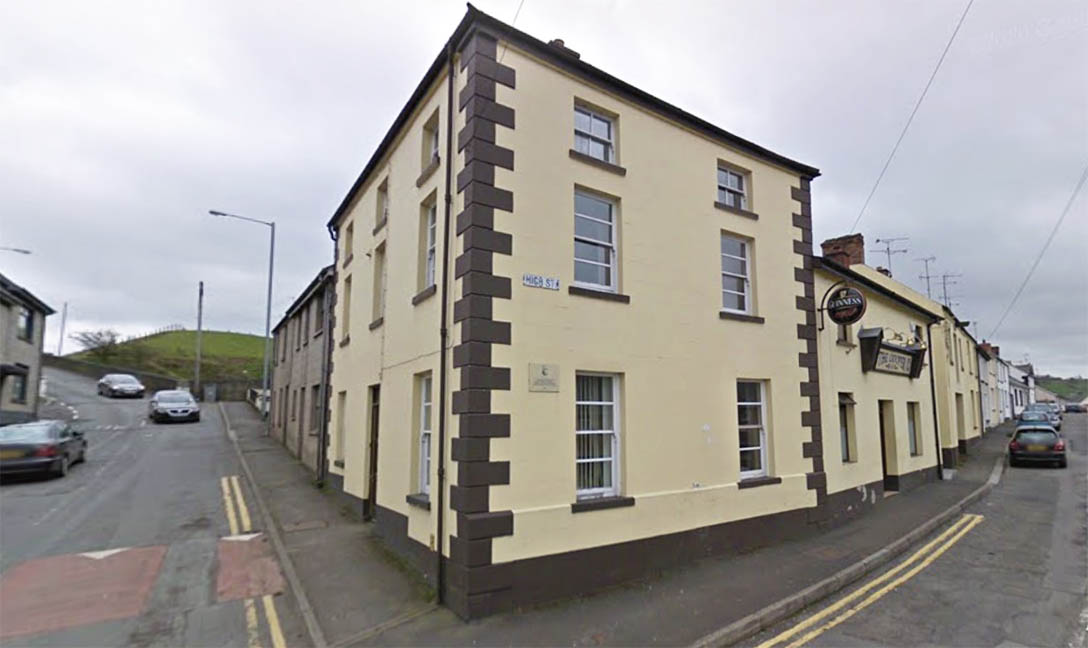 A Keady businessman is hoping to bring a derelict local landmark building back into productive use with a new lease of life as apartments.

Fairgreen House, which sits at the corner of the Granemore Road, is an imposing three-storey property which has been largely vacant for some considerable time.

The house bears a plaque dedicated to John Redmond, the Irish Parliamentary Leader after Parnell, who visited Keady on his
country-wide tour during the 1918 General Election.

It reads: “Large crowds had gathered as it was the main monthly fair day. Redmond was held by the belt of his trousers from the second story corner window of Fairgreen House as he addressed a crowd of more than two thousand people assembled in Cow Fir and Lir Street below. The speech incited the crowd so much there was a great disturbance and many were injured in the violence which followed.”

The colourful corner edifice is actually a Grade B2 Listed Building, a three-storey end-terrace property.

It has been a familiar sight to locals for many years but is now described as being a “derelict dwelling”.

For that reason, local businessman Damien McGleenan has brought forward proposals to restore it and convert it into three apartments, which would be intended for short term letting.

This would involve a change of use with internal alterations.

It also seeks approval for the “retention of conversion of ground floor room on right hand side into lounge seating for adjoining Cooper Bar”.

According to a design and access statement: “The property has served as a dwelling house since it was built and will continue to provide living accommodation with one room as an extension to the adjoining public house.”

The plan is to convert the building from “a single dwelling to three self-contained spacious apartments”.

It will see the creation of a single-bedroom apartment at ground floor level – to the left hand side of the building, the bar extension being to the right – which would also have a shower room, and a combined kitchen, living and dining room area.

Entry would be via a communal front door with stairs leading to the two other apartments at first and second floor levels.

The first floor would see another one-bedroom apartment, with a shower room, separate living room and combined kitchen and dining area.

The second floor would see the creation of a two-bedroom apartment. It again will have a shower room and, like ground floor, a combined kitchen, living and dining room area.

The overall works will involve “internal modifications only and external redecoration”, but the appearance to the front will “remain unchanged”.

Car parking would be on street with “ample spaces to accommodate the proposal”, and access to the building will also remain unchanged.

According to the submission, the works are “much needed and can only enhance this dilapidated building at present and hopefully guarantee the future maintenance of the building”.

The proposals are due to be publicly advertised next week.