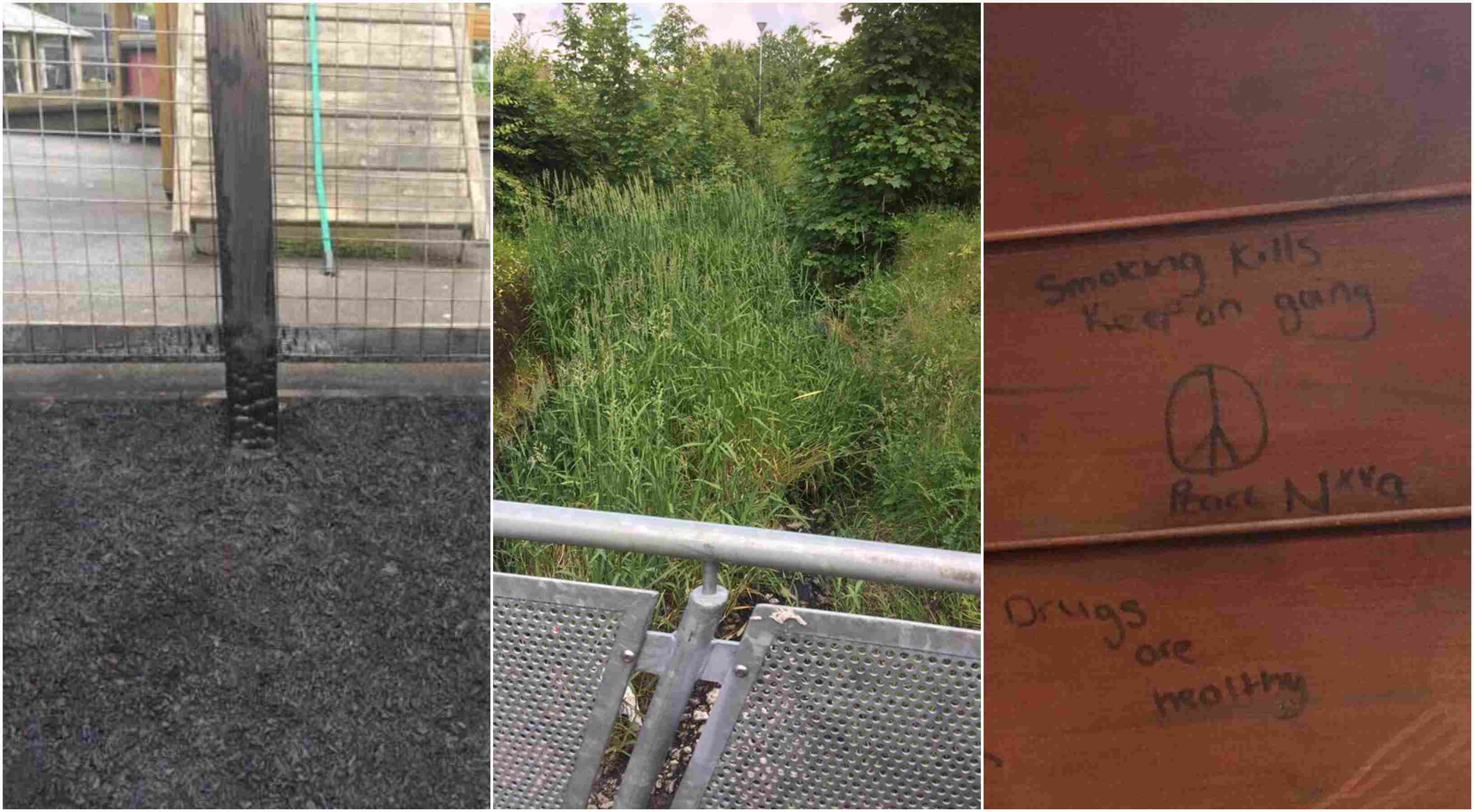 A Co Armagh play park is “going to ruin” as the area has become a “drinking den” for youngsters and is rife with anti-social behaviour and vandalism.

One councillor has urged those responsible to stop as he says he has been “inundated with complaints from parents”.

It comes after a fire was lit in the Keady play park last week.

And just this week broken glass was strewn around the area, putting children in danger.

There have been reports of fire damage, soot, rude graffiti, a broken fence and damaged play equipment in the children’s park.

Speaking to Armagh I, Sinn Fein Councillor Darren McNally said: “A deliberate fire set in the play park, a lot of people were not happy.

“Although the fire brigade attended promptly you were left with a lot of soot and a lot of ash.

“I was inundated with complaints from parents, I have been in contact with the council and they have cleaned it up.

“There are a number of developments in which the area around the play park is being used as a bit of a drinking den,” he said. “We have been working to find ways to curb that and make the park as secure as possible.”

Councillor McNally condemned incidents of anti-social behaviour in the area – just five years after a major investment in the park.

He added: “It is a great facility and I would urge people to show respect. We have been quite lucky in Keady this last number of years to get a number of projects.

“Council have put a big investment in there and we want to see it looked after. The money which has to be used to remedy these damages is not budgeted for by council.

“Council have ultimate responsibility for the area but we the community need to take pride in the area and not let it be vandalised or become run down.”