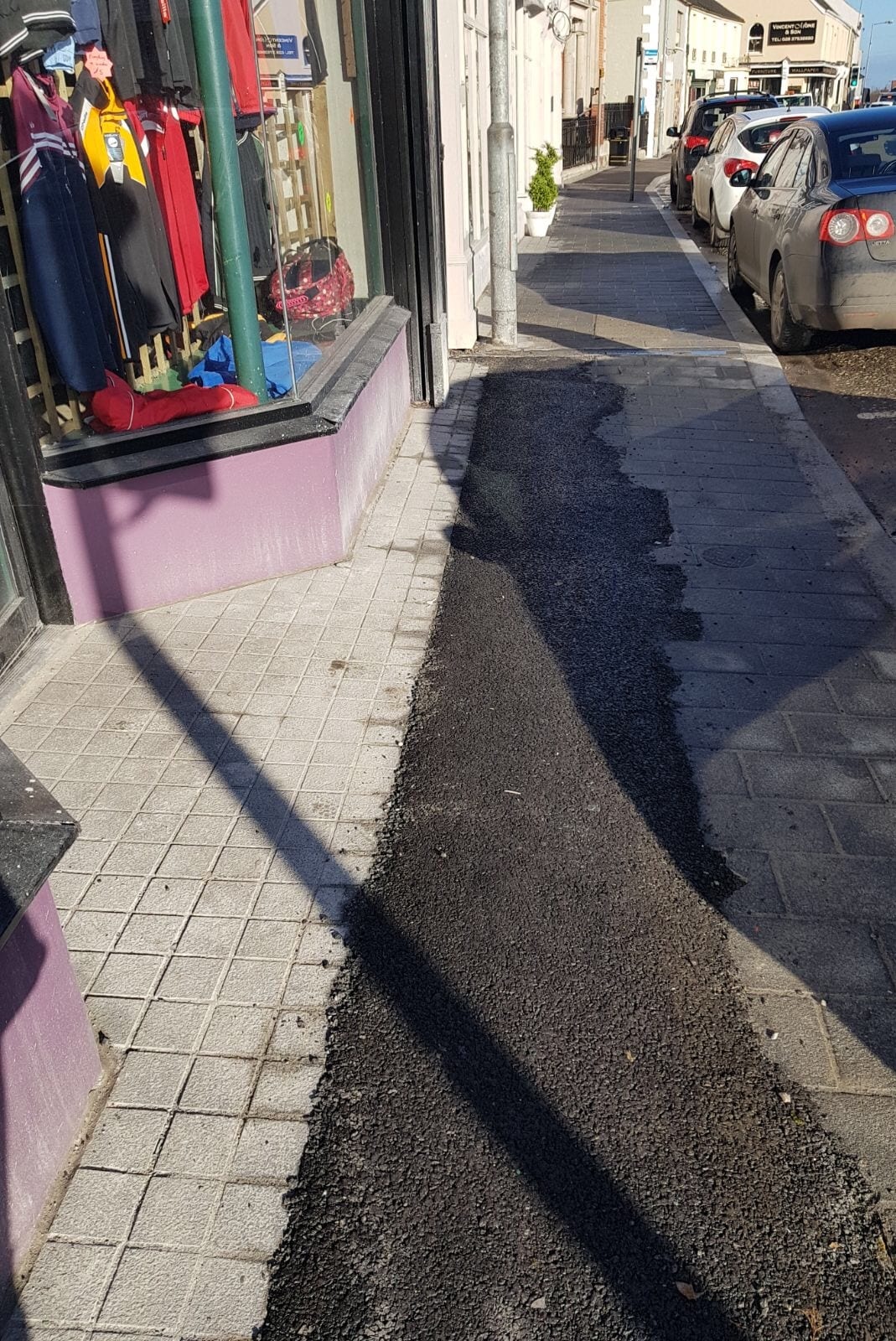 The path at Kinelowen Street.

NIE has been lambasted for creating “a terrible mess” in Keady – just weeks after the completion of a major environmental improvement scheme in the town.

One section of a recently-completed path outside retail premises was dug up during an emergency repair operation.

But when workers came to making it right, a local councillor said it looked like the “tar was just thrown at the footpath”.

SDLP Councillor Thomas O’Hanlon has raised the issue with those responsible.

He is far from happy that the path should have been left in such a state so soon after other works to improve the aesthetics in Keady.

“The council have just completed a very successful environmental improvement scheme and everyone has been commenting how well the town has been looking,” explained councillor O’Hanlon.

“In addition to the footways, many property owners availed of a shop front scheme, which has left the town looking very well.

“You can only imagine my anger and disgust when I was contacted by a constituent who raised concerns about the state of one of the new footpaths.

“Whilst there are guidelines preventing utility companies carrying out works in the period after a scheme has been completed, there is provision for emergency repairs.

“That’s what happened in this case and NIE had to carry out emergency repairs outside a commercial premises at Kinelowen Street.”

But the local representative said when the work was carried out, the surface had been left “unsightly and dangerous”.

“Children attending a pre-school could have completed the work in a much neater and safer way,” said Councillor O’Hanlon. “It looks like the tar was just thrown at the footpath. It’s terrible.

“I have spoken to business owners in the area and they were astonished at the way the footway was left.

“I have raised the issue with council officials and indeed directly with Northern Ireland Electricity.

“Whilst I accept the tar finish is a temporary measure, there is no excuse for the condition that the footpath has been left in.

“Not only is it unsightly, but it is dangerous. I have received assures that initial repairs will be carried out by NIE and then the footpath will be re-instated to its previous condition as a priority.”