Co Armagh boy who sliced finger-tip off playing ‘tip the can’ receives £20,000 damages 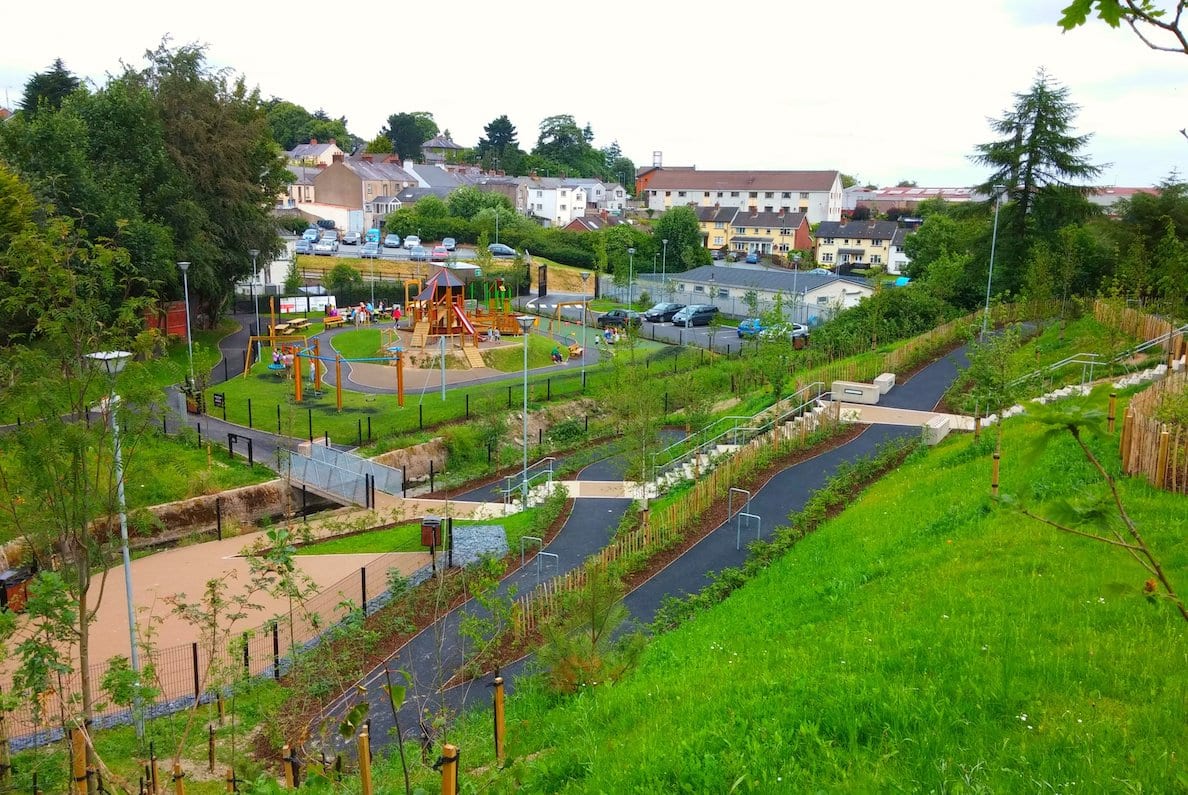 A Co Armagh boy who may have been swinging from a lamppost when it collapsed and sliced off part of his finger is to receive £20,000 damages, a High Court judge ruled today.

Compensation was halved due to his likely actions contributing to the injuries being sustained during a street game with friends near his home in Keady.

Mr Justice Maguire said: “He was probably abusing the road furniture at the time of the accident and was at an age when he should have known better.”

The plaintiff, who is not being named, sued the Department for Infrastructure over the incident in August 2013 when he was aged 12.

He had been playing ‘tip the can’, where participants try to reach and touch a lamppost without being caught by one of the group assigned the role of searcher.

According to his evidence he arrived back to the base first, climbed onto a nearby electric box and touched the post.

The plaintiff claimed an arm of the steel fixture suddenly collapsed and fell down, striking his hand and shearing off the tip of a middle finger.

Searches located the missing part wedged between the steel and plastic of the lamp casing.

Although it was sent to hospital by ambulance along with the plaintiff, he sustained the loss of a fingertip.

Based on the disfigurement and impact on his ability to play Gaelic football and other sports, the claim for damages was valued at £40,000.

Consulting engineers assessed the lamppost as being in a poor state of repair, with its condition described as “precarious”.

However, both experts believed that merely playing the game, without any use of force by the youths, would have been unlikely to cause the accident.

The court also heard photographs on the plaintiff’s Facebook page showed him hanging off the pole of a road sign nearly a year previously.

Mr Justice Maguire said he was unable to accept the arm came down as a coincidental event.

“On balance, the court believes that the most likely explanation for this accident is that it was probably some act of the plaintiff vis a vis the lamp standard which triggered the accident,” he held.

“This may have been him swinging on or climbing it.”

He found support for the potential explanation in “the plaintiff’s apparent interest, judged by his Facebook postings, in playing himself or observing others playing in a manner which involves swinging or climbing on street furniture”.

Despite holding the defendant partially liable for the state of the lamppost, Mr Justice Maguire ruled the boy was himself 50% responsible.

Awarding £20,000 compensation, he added: “This is a case where part of the cause of the accident can be ascribed to negligent behaviour on the part of the plaintiff in climbing or swinging on the lamp standard in such a way as to bring about the accident and put himself in danger.”