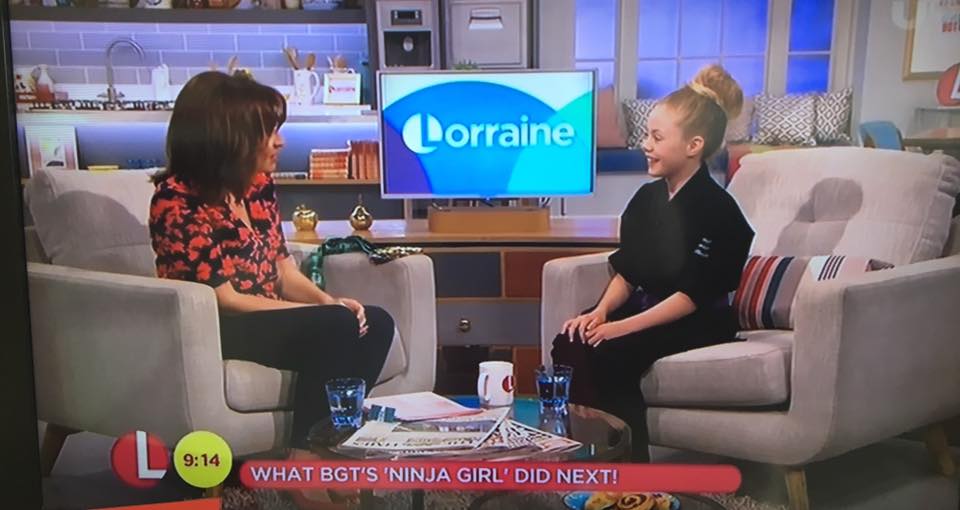 Keady ninja Jesse-Jane McParland will be looking forward to an exciting year.

She has some big things in the pipeline, including a movie – Awakening – due to be released later this year.

And this morning the Co Armagh actress and martial arts superstar was wowing television audiences all over again.

She has already appeared on the Ellen Degeneres Show and won an army of fans on the other side of the pond.

This morning it was British chat show queen Lorraine Kelly who was left in awe of everyone’s favourite ninja.

Lorraine’s feelgood morning show is broadcast to millions and young JJ took it all in her stride as she gave an insight into what has been happening since she was catapulted to fame on Britain’s Got Talent.

The BGT finalist has been in talks in the United States and has made a number of visits but all is being kept under wraps at this stage.

For now, however, she can be seen later today (Monday), on CBBC.

The popular My Life series will provide a behind-the-scenes look at life for the 10-year-old karate kid!

She praised Jesse-Jane for her “fantastic interview” this morning and said she was excited and looking forward to tuning in again later this afternoon when the long-awaited and eagerly-anticipated My Life gets its first screening!