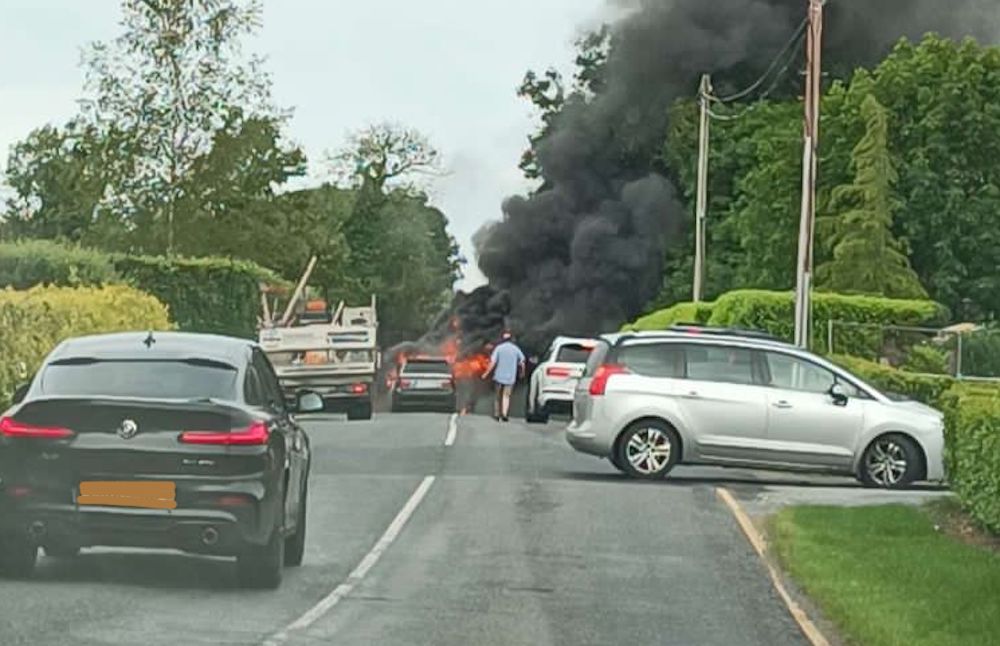 Gardaí have launched an investigation after a prison van was rammed in a daring bid to free an inmate along the Armagh-Monaghan border on Wednesday evening.

According to reports, a number of prison staff were also inside the vehicle, which was travelling along the N2 in Clontibret – between Monaghan and Castleblayney.

The car used by the gang was later found on fire close to the Co Armagh border.

A major search operation followed, however, no arrests were made.

Speaking on Wednesday evening, a Garda spokesperson said: “Gardaí in Monaghan are currently at the scene of a hit and run road traffic collision that occurred this evening Wednesday 15th June, 2022.

“The collision involved an Irish prison escort van and a car.

“No injuries have been reported at this time.