Family of Co Armagh farmer who died in tragic accident hand over £3,000 to Air Ambulance 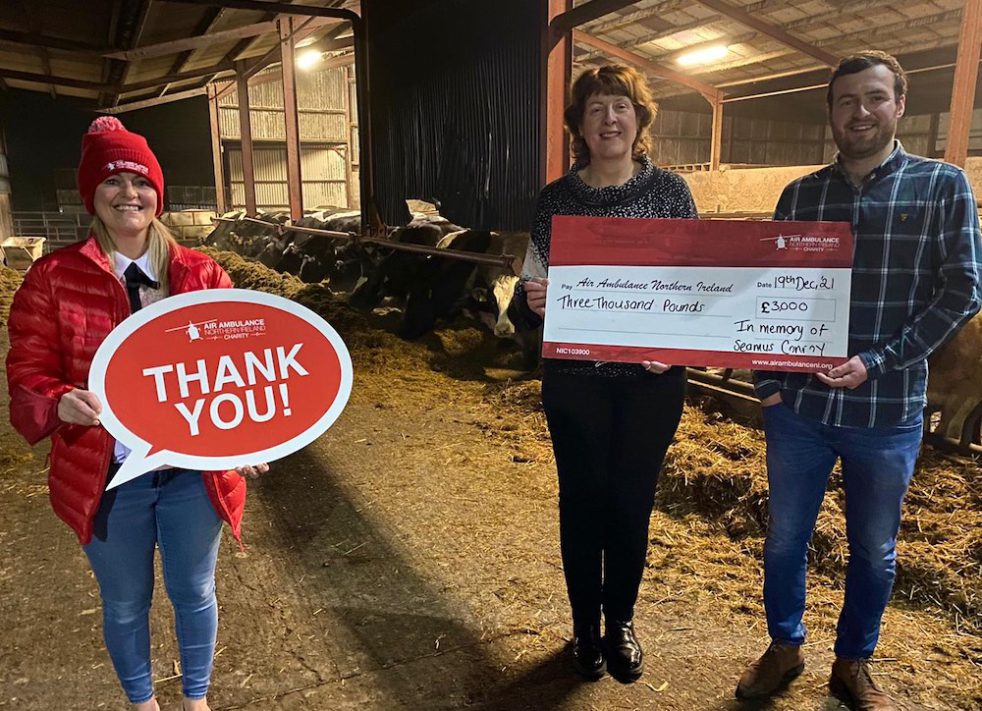 The family of a well-known Co Armagh farmer have donated £3,000 to the Air Ambulance NI in his memory.

Seamus Conroy died in hospital on October 6 – almost two weeks after a slurry mixing incident on his farm on the Tassagh Road in Keady.

His passing sent shockwaves across the rural community.

Seamus was described as “a valued member of the community,” by his local GAA club in Granemore. “He was always available to offer up his services, helping out with large developments that were taking place around the club.”

He was also a man “willing to drop everything to give anybody a hand no matter how busy he was”.

This week, his family handed over a cheque for the amount of £3000 to the Air Ambulance NI charity.

Following Seamus’ death, his family asked for donations in lieu of flowers to the charity.

Mr Conroy’s wife Liz and children would like to sincerely thank all their family, friends and their local community who have supported them so much this past few months and donated so generously in Seamus’ memory.