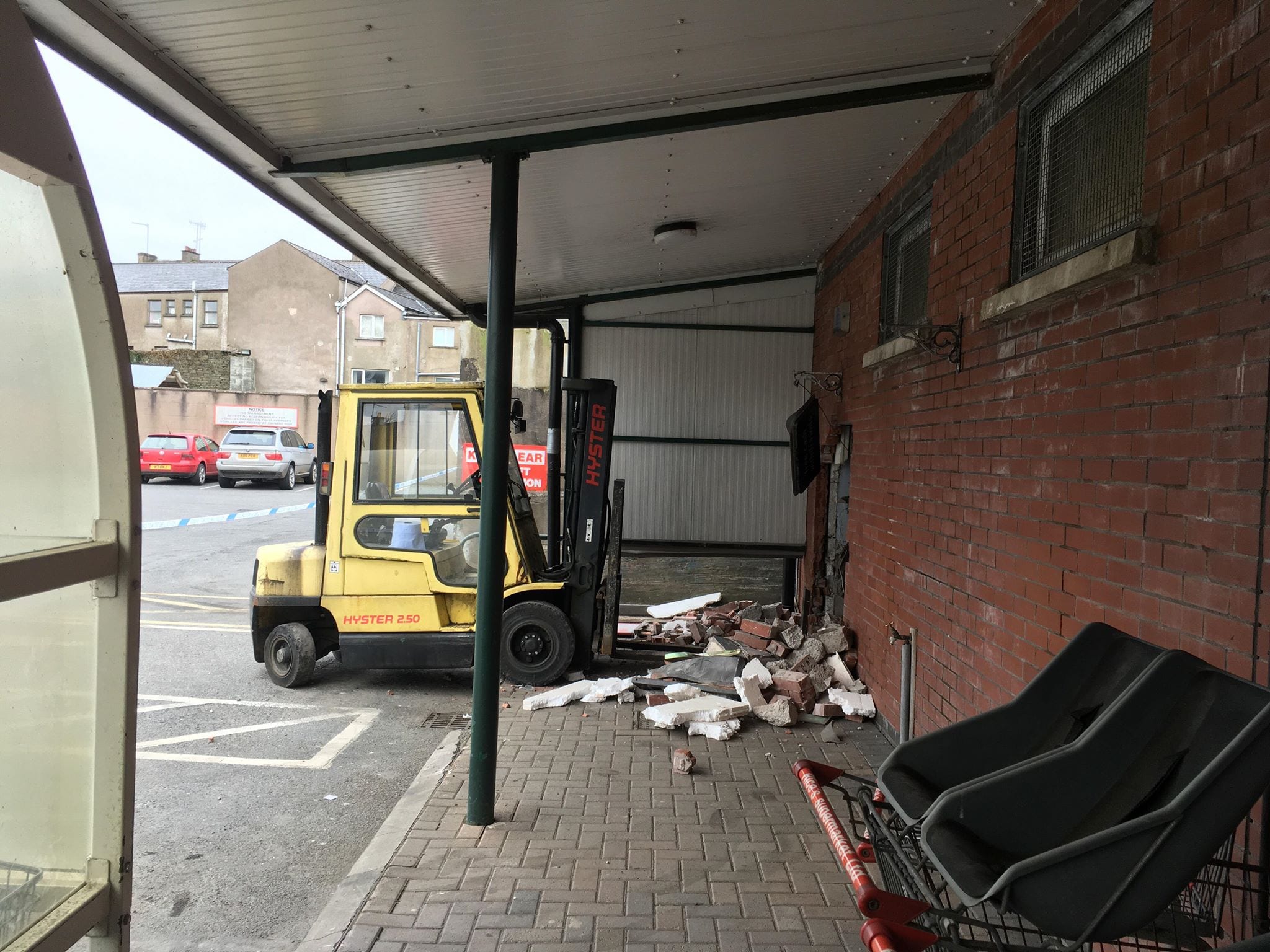 Detectives are appealing for information after an ATM crudely removed from a supermarket wall in Co Armagh the early hours of this morning (Wednesday).

An investigation has been launched following the burglary at Rice’s supermarket on Victoria Street in Keady.

Shortly before 2am thieves used a Forklift to remove an ATM machine from the building before removing the cash from inside the machine.

Considerable damage was caused to the wall of the building during the incident.

Anyone who witnessed the incident or anyone who has any information that can assist with the investigation is asked to contact Detectives in Lurgan on 101, quoting reference 176 21/03/18.

Alternatively, information can also be provided to the independent charity Crimestoppers on 0800 555 111, which is 100% anonymous and gives people the power to speak up and stop crime

Sinn Fein councillor Darren McNally expressed his anger at yet another ATM raid in the town.

“I would describe last night’s actions as an attack on the whole community,” he told Armagh I.

“There appears to have been a degree of sophisticated planning and organisation in carrying out this attack.

“These criminals have no respect for the local community, the people of Keady are extremely angry and I share their anger.

“I would also urge anyone who has information on last night’s attack to come forward.”

The same ATM was targeted back in June 2014. On that occasion, a gas explosion was used to open up the front of the machine before the money was stolen.