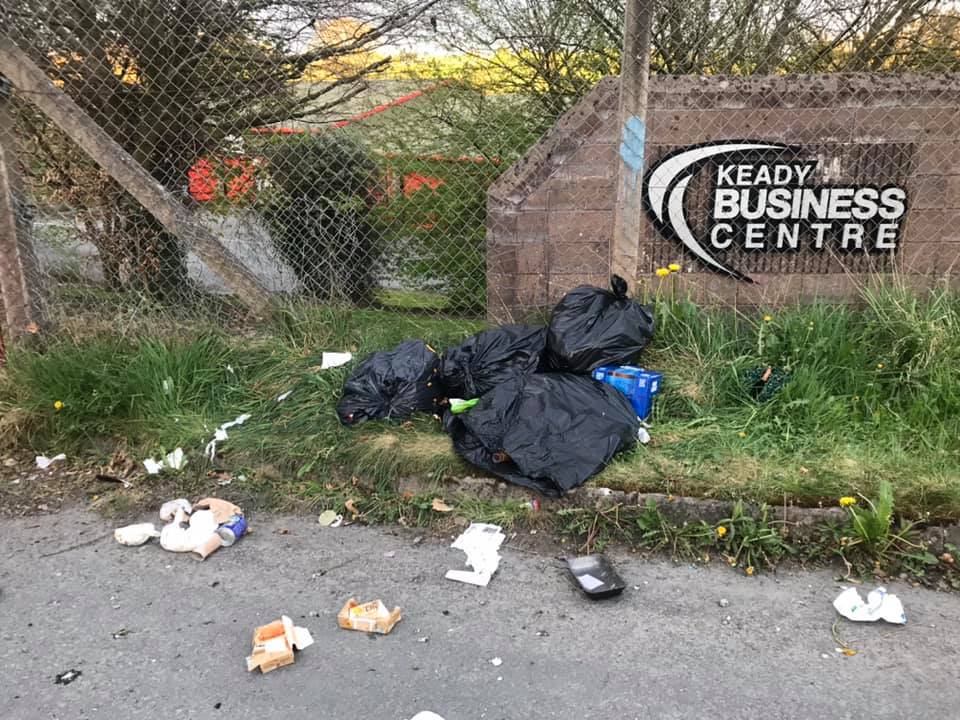 Party leaders on the Armagh, Banbridge and Craigavon Borough Council spoke on Friday, in the now customary weekly catch-up, and the re-opening of amenity sites was high on the agenda.

There has been a growing clamour to have recycling centres opened to the public, in a managed fashion, as the incidents of fly-tipping – often very blatant – increase exponentially across the district.

This was the scene (main image) outside Keady business centre over the weekend.

Rivers in area have been strewn with rubbish tipped over a bridge.

“Okay, the recycling centre is closed so they dumped at the gates of the centre….And in Darkley; Ballyards Road, Milford and at Church Street, Keady,” he added.

“We’re working on getting the recycling centre open, but doing this isn’t going to make it happen any sooner. “Council have agreed a managed plan on how to have the centres reopened, we just need the go-ahead from Stormont.”