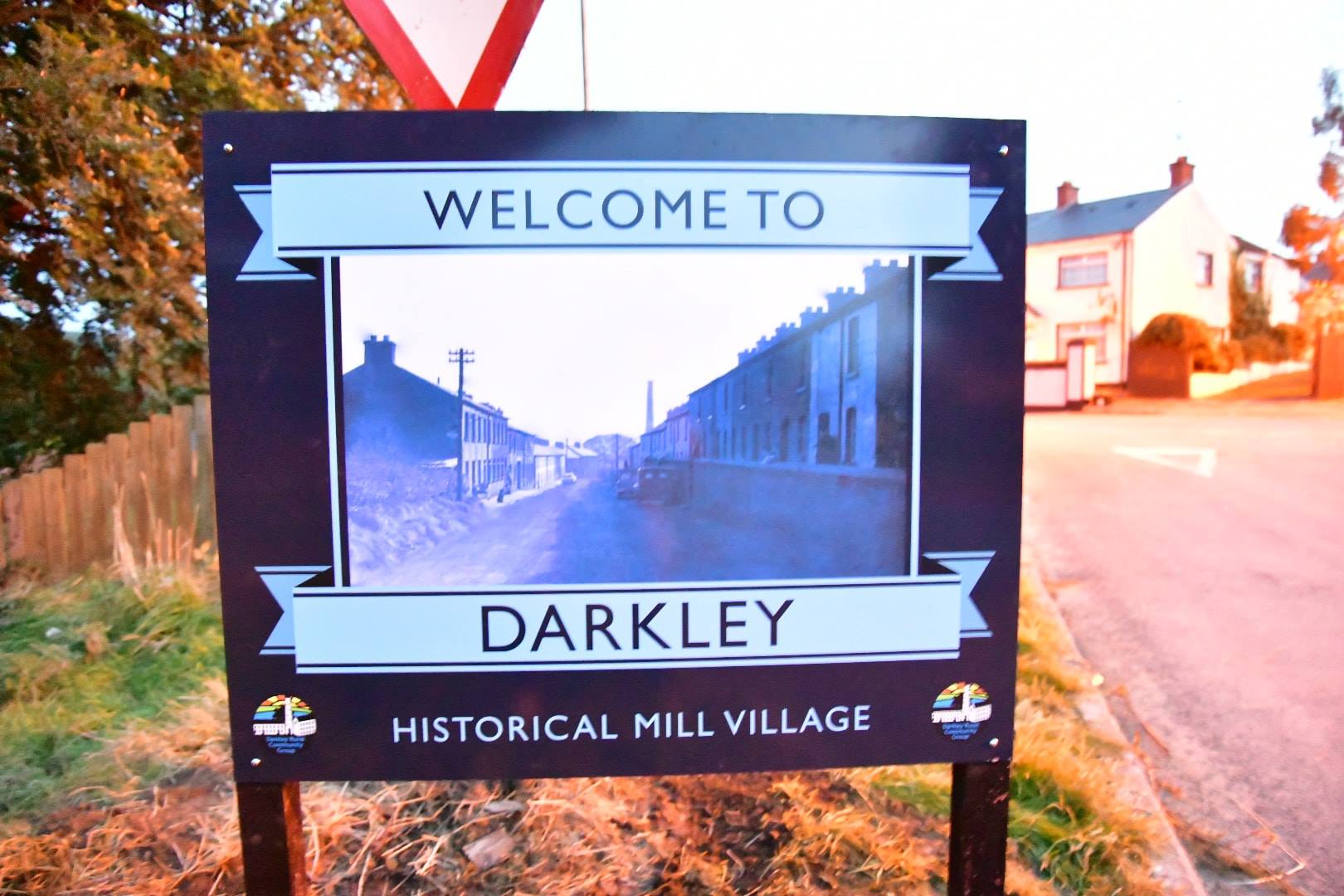 A plea for traffic calming measures to be introduced in Darkley has gone unheard.

A request for something tangible to be done to cut speed through the village has been ruled out by the Department for Infrastructure.

But Sinn Fein says it will work with the community to erect ‘Slow Down’ posters in Darkley as the next best thing.

She had raised a “huge array of issues the length and breadth” of the Cusher area with officials with varying degrees of success.

Councillor Haughey welcomed those requests and repairs which would proceed but expressed her dismay that others could not go ahead at this time.

Turning to Darkley specifically, she explained: “To deal with persistent flooding in the area the drains which flood regularly at the Chimney will be cleaned and jetted as well as those on Main Street.

“The signs at Darkley Crossroads will be replaced as well as the damaged road and speed signs in and around the village. The bus shelter has already been repaired.

“Unfortunately, Darkley village – after a recent inspection – does not qualify for speed control or traffic calming measures.

“While this is very disappointing, Sinn Féin will work with the local community to take practical steps such as the erection of ‘Slow Down’ posters to  encourage drivers to slow down.

“The request  by local residents for a footpath from Fee’s Crossroads to the village has fallen upon deaf ears at present but I will continue to lobby DfI Roads Service for this.”

She also outlined other areas that she had discussed with the Department.

Said councillor Haughey: “In regards the Tullynawood Road, the road is in a disgraceful state and the dereliction of this road has been allowed to continue for a number of years.

“I have reported this, the drainage issues and road surface issues and I have received assurances from DFI that some minor works such as cleaning and jetting of the drainage system will go ahead in the near future, but also that the road is currently being considered as a scheme for ‘network development’.

“I have also made contact with Armagh Fisheries to develop and improve facilities around Tullynawood Lake in the hopes that visitors to the area will be able to appreciate its beauty without the presence of unsightly litter and road defects.

“For the Ballymacnab area, aside from some potholes already repaired on the Ballymacnab Road, the DFI have found no actionable work on this road at this time. This is due to austerity, a lack of money being administered from Westminster and a cut to budgets. This has resulted in our roads deteriorating to the state they are in at present and as a result, potholes under two inches in depth cannot be filled at this time even if they are located on a dangerous road.

“This is a huge issue for everyone across the North and our representatives in Sinn Fein from across the six counties will continue to work to resolve this.

“I am constantly working alongside the DFI and ABC Council and have highlighted other issues such as road signs at Ferla Crossroads which will be replaced.

“I have requested  extra bins at Seagahan Dam car park as well as more regular upkeep of the Dam pathways. I have asked for signage at Ballymacnab Chapel and football pitch to warn road users of the hidden dip and traffic emerging, and the ongoing issue of flooding on parts of the Newtownhamilton Road will be addressed again with the cleaning of gullies and drains in the coming weeks.

“In Granemore, I have received correspondence that only one pothole on Tullyglush Hill will be repaired. This is disappointing but I will continue to lobby for these to be repaired as they are extremely dangerous to road users, especially on a hidden dip.

“While there are still huge amounts of work to be done to improve the road networks in this area, I welcome these works and look forward to their completion. I will continue to work tirelessly for the people of Cusher and I ask that if there is anything that I may not be aware of to please get in contact.”