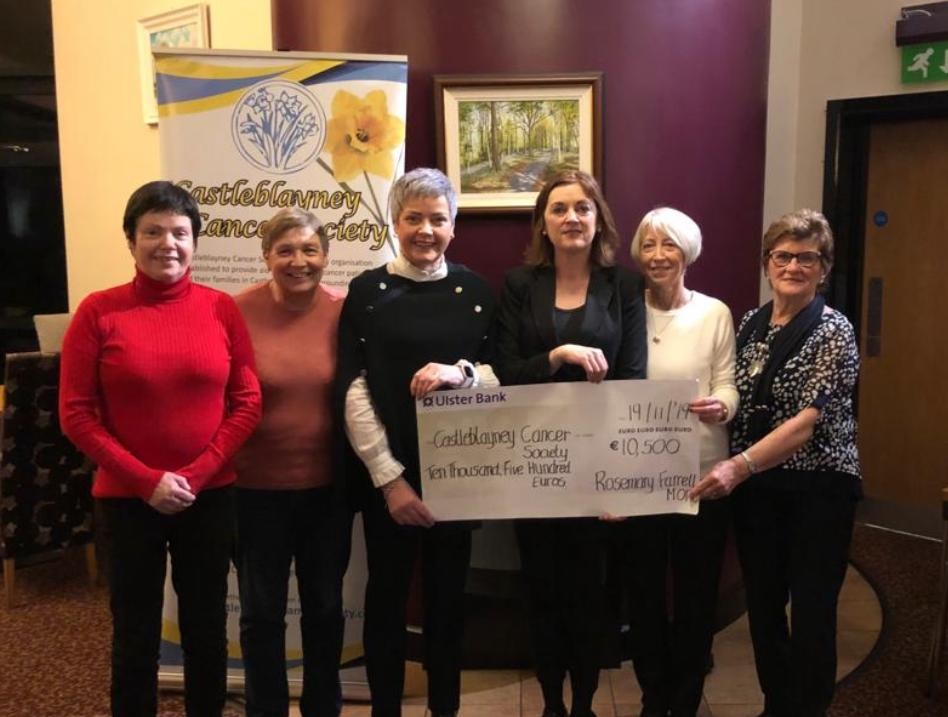 A Co. Armagh woman raised a “mind blowing” amount of money for a cancer society that supported her following her own diagnosis and helped her every step of the way.

Rosemary Mone, from Carnagh, was diagnosed with lymphoma two years ago.

She is currently going through chemotherapy but wanted to give back to a cause close to her heart.

Never in her wildest dreams did Rosemary think that this single coffee morning would end up raising an amazing total of €10,500.

Speaking to Armagh I, her son Patrick, said: “Mummy felt like she just wanted to give back to cause and she originally came from Castleblayney, so that is why she tried to raise money for the Castleblayney cancer society.

“She was absolutely shocked by the amount of money raised from a single coffee morning which was only run from 10 in the morning to 2pm.”

The Armagh man described the total his mother’s fundraising reached as “mind blowing”.

Patrick said: “She would be well known in Castleblayney, Keady and Armagh but I think it was just a good cause, so close to her heart, that so many people turned up.

“She was worried no one be there and there would be an empty room but people were queuing there to get in from 9.30am”.

He added: “They were there from the very first stop; that was the reason chose that society, they offer support counselling and it makes such a difference to such a small town.”

Patrick said this article was to be a surprise for his mother who, after being introduced to Facebook, is never off it.