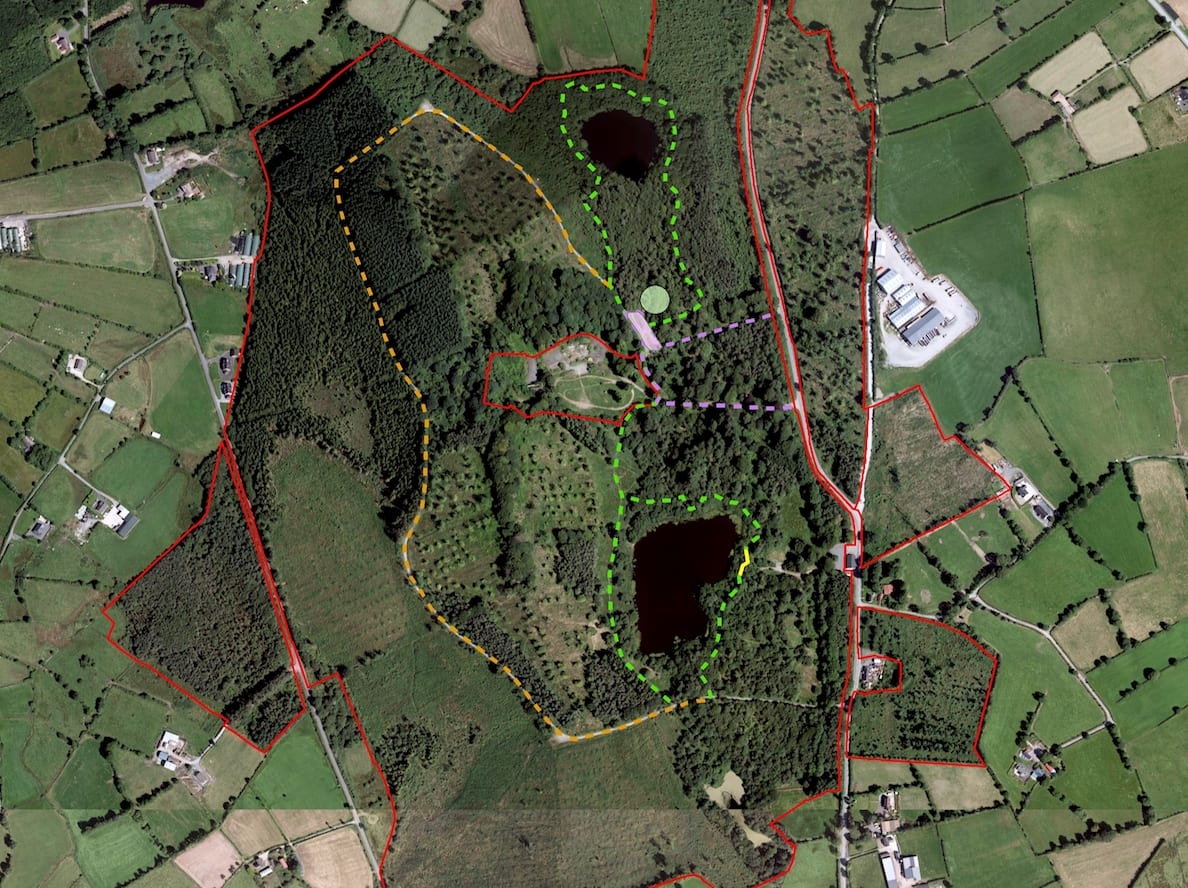 Another Co Armagh forest park is in line for investment to try and tap into the tourism train.

Carnagh Forest Park at Keady is being earmarked for new facilities with work described as being at an advanced stage.

Armagh I understands that around £140,000 is being invested to upgrade the site and bring more visitors to the area.

And the work is due to start in the spring of next year.

It follows on from the completion of works at nearby Darkley and other major developments ongoing at Gosford, at Markethill.

Armagh City, Banbridge and Craigavon Borough Council has set its sights on a facelift for Carnagh.

And the local authority is expected to approve the developments later this month.

Outdoor Recreation NI is the company which has been leading the forest park developments on council’s behalf.

The plans for Carnagh would see the creation of walking trails.

These will follow the path of the two main lakes.

It is also understood the plans will include a small bespoke play facility.

It would be placed near the car park, which will also be upgraded.

Council is hoping that the lion’s share of the cost of the trails and park work will be secured from external sources. It hopes to receive around £90,000 in funding.

When completed, the picturesque forest park will be yet another draw for the area which is also benefiting from the redevelopment at Keady Glen and the well-received Darkley Forest scheme.

SDLP councillor Thomas O’Hanlon said contractors are expected on site in the spring of next year.

“I have been working with council officials in the background for some months now and am delighted we have reached this point,” stated councillor O’Hanlon.

A scheme comprising of three separate trails has been designed with the aid of Outdoor Recreation NI, funding has been secured and in the coming weeks a legal agreement between Council and the Forest Service is expected to be signed.

“This will be a fantastic development for the local community and one which will be very well used and respected.”
Councillor O’Hanlon said the project had been included alongside plans with Darkley and Gosford for development but Council were awaiting funding, which is now in place.

“Carnagh is already well used, it has some of the most beautiful natural scenery and this is is reflected in the designs we’ve been working on,” stated the Keady councillor.

“The scheme takes in routes around both lakes in the forest, two longer walks with a shorter route geared towards families also planned.

“The area is really peaceful and tranquil, it’s hard to believe your so close to a busy road. Many people already use some of the routes around the area but this will upgrade and formalise some parts, create new trails and will provide ample parking at the head of the trails. This really is an exciting development for the area.’

“Time and time again I am being lobbied for improvements to area with many people wanting to see the area protected and enhanced. I hope the area will be respected, that the dumpers will stay away and the local community enjoy this facility.”

He added: “I want to place on record my sincere thanks to the Council Officials involved, the team from Outdoor Recreation NI and those who have helped shape the project. Like everyone else, I look forward to work commencing on site in the new year.”