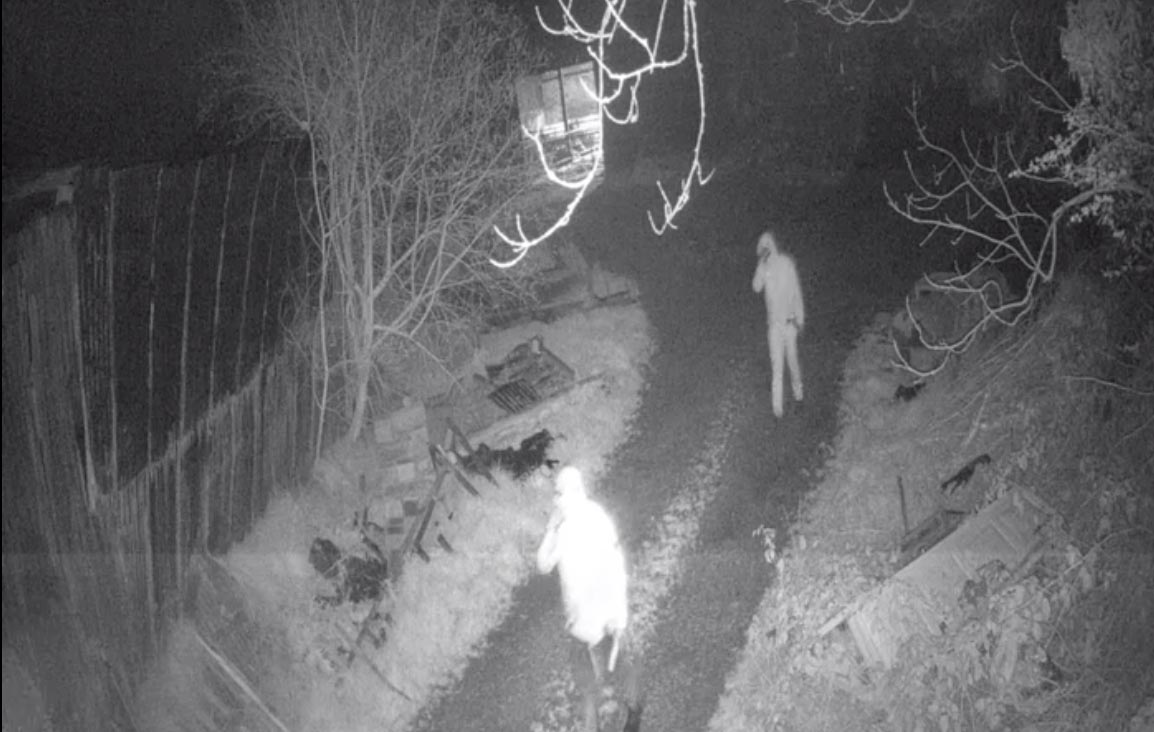 This is the moment suspected cattle rustlers raided a farm near the Co Armagh border in the early hours of Tuesday morning.

According to Gardaí, a large amount of cattle were stolen from the farm on the Keady road, outside Castleblayney, Co. Monaghan.

The CCTV footage (see below), which was taken from cameras on the farm, show two men approach the livestock in the dead of night.

The suspects also broke one of the cameras before making off with the livestock.

Paul Breenan, who shared the images has appealed for the public’s help.

Posting on social media, Mr Brennan, asked: “If anyone spotted anything suspicious involving a large cattle lorry and a Jeep in the early hours of Tuesday morning please pm me. Thanks.”

A Gardaí statement noted that the animals were taken from a shed on the farm at approximately 4:00am this morning.

It is understood a total of 21 cattle were stolen.

Gardaí are also appealing for anyone who may have witnessed suspicious activity around these times, or saw cattle lorries or trailers in the area to contact Castleblayney Garda Station on: 042-9747900.