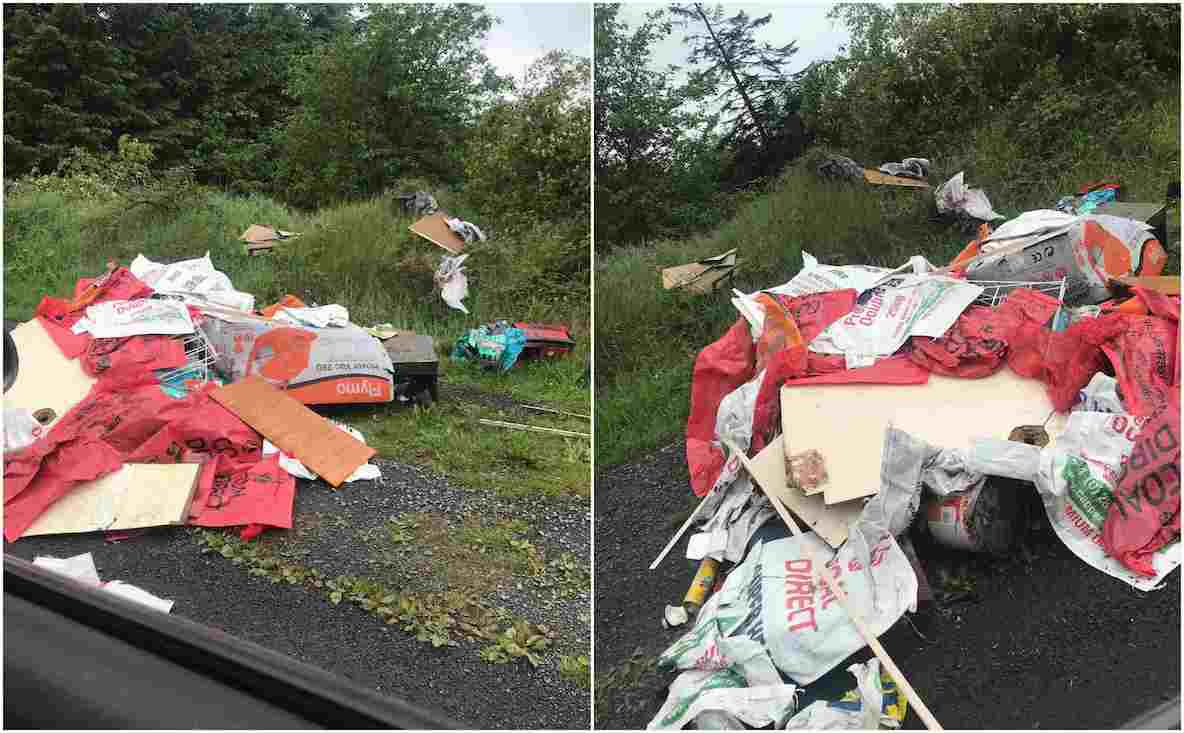 The scenic south Armagh tourist spot has once again been the target of mindless idiots.

These latest images show the scale of the dumping people are prepared to undertake in a bid to avoid the trip to a tip – just a few miles away – in Keady or Newtownhamilton.

The area has been blighted with fly-tipping for years; and it was only just over two years ago there were calls for CCTV cameras to be implemented, such was the level of criminality across the rural, secluded roads around Carrigatuke.

And over the last 12 months there has been a concerted effort to combat these actions, led by The Friends of Sliabh Fuait, who have held a series of meetings aimed at capitalising on the tourism potential of the mountain.

The group has previously met with representatives of the Forestry Service to discuss a wide range of issues, including fly-tipping.

At Easter, one reader questioned why no CCTV had been implemented, as had previously been mooted.

Sinn Fein councillor, and chairperson of The Friends of Sliabh Fuait, Brona Haughey told Armagh I that it’s unlikely CCTV cameras will be installed given the difficulty in footage leading to a conviction.

Instead, she said, the group hope to improve the road leading up to the summit – an issue Forestry Service and Council do not seem to have responsibility for.

Councillor Haughey, who chaired a group meeting earlier this week, said the plan is to improve the road, even if that involves using their own means.

“We want to improve the tourist trail on the mountain and we’ve been working with Council and other bodies in a bid to secure funding,” explained councillor Haughey.

The newly-elected Cusher representative said there was a concerted effort plant wildflower and, down the line, introduce trails like those in Darkley and Carnagh Forests.

Children’s play facilities are also on the agenda.

Councillor Haughey added: “The more people visiting the area, making it a lively destination, the less likely we are to see people dumping.”