Another Saturday night of misery for Keady residents 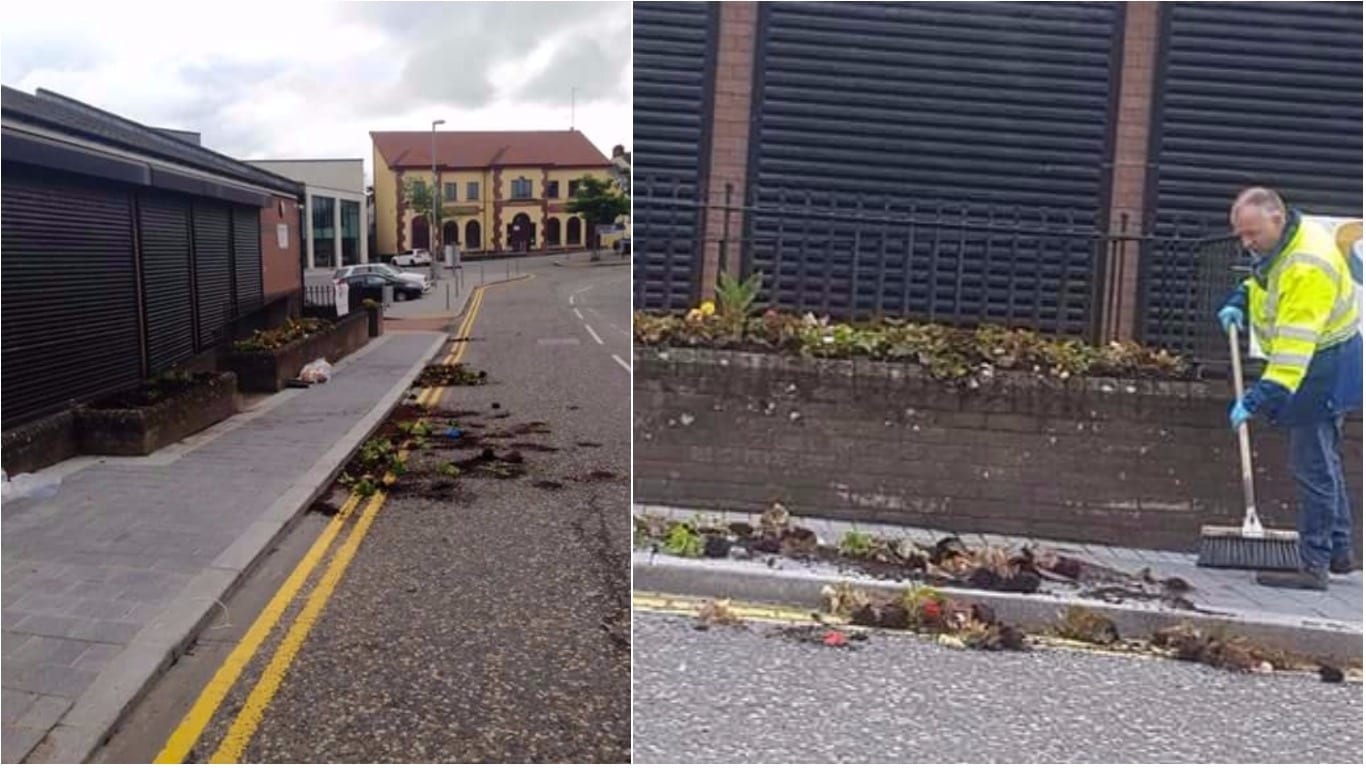 Another Saturday night, another trail of wanton destruction through Keady town.

Earlier this week we reported on how the Co Armagh town has been plagued by anti-social behaviour recently.

It peaked on Monday night past with a trail of destruction, which began in the town centre right through to Caramoyle crossroads on the edge of the town.

As residents and a working community group continue to clean up afterwards, there have been calls for those responsible to stop immediately.

This is the sight (main picture) which greeted runners who were out to fund raise for an underage sports team early this morning.

Flower beds were ripped up and spewed across the road outside the library.

Residents once again were left to clean up the mess as the trail continued out of the town centre.

“I’m calling on whoever is involved in this activity to stop immediately,” slammed councillor McNally.

“There are a lot of good hard working people in the town trying to make Keady a place to be proud of.

“Keady residents have been very accommodating with all the works that are going on, vandalism on top of the disruption is the last thing they need.

“The Environmental Improvement Scheme is in its final stages and the town is looking well with its new footpaths; businesses will soon be in a position to use the funding for the shop frontage scheme.

“Our town will look as nice as any in the district but unfortunately a small group of people relish causing destruction and misery.”

He added: “I will be raising the issue with the PSNI and Council in order to try and combat this behaviour once and for all.”