Keady aiming to smash another World Record during Hallowe’en Festival 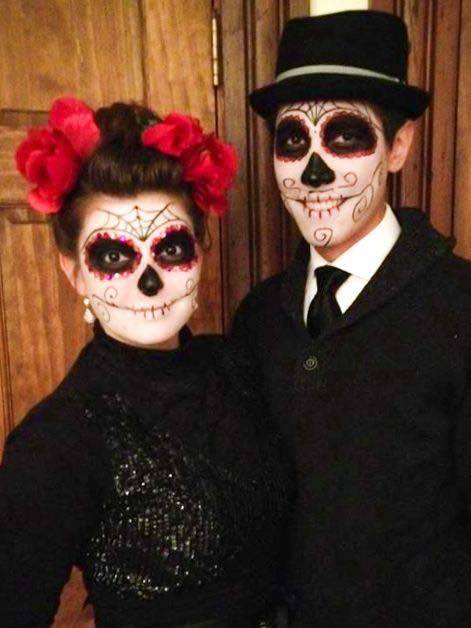 Keady is gearing up to smash another world record – and it’s all in a very good cause!

The Keady Community Festival Committee and St Patrick’s Youth Club are coming together to organise a Hallowe’en Festival.

And, in keeping with that theme, they will be aiming to smash a ‘Day of the Dead’ record – the highlight of the fun on October 31!

The whole idea is to get people kitted out in typical Mexican ‘Day of the Dead’ dress. A spokesperson for the organisers told Armagh I: “We have been running a Hallowe’en festival for three years now.

“We run fairground rides, fireworks display and a beacon.

“The youth club members run a ghost walk which saw over 2000 people going through it last year.”

The world record bid will add a further spark to the spooky celebrations.

And it will bring real benefits to the people of the town.

“We are going for a world record for ‘Day of the Dead’. All money we raise with the record attempt is to go towards buying a defibrillator for the town.”

To beat the record, Keady needs more than 509 people, dressed in the proper costume and make-up.

It’s not the first time the town has broken a world record – in the summer of 2013 it famously broke the ‘Rock the Boat’ record.

So anyone interested in taking part is more than welcome – let’s hope for huge numbers.

A registration day will take place at the newly-opened Tommy Makem Centre on Saturday, October 3, with a time yet to be confirmed.

It costs £2 to register and everyone is encouraged to come out and claim their piece in world record-making history!

1. All participants must be dressed in a full costume, which consists of:

• Face paint representing a skull. Calavera Catrina makeup consists of: • -White face • -Dark/black circles around the eyes • -Black and white makeup stitching on and around the mouth • -Black tip/design on the nose • -Image on the forehead, above the eyes (i.e. spider web, heart, flower, etc.) • -Image on the chin (i.e. spider web, heart, flower, etc.) • Wide-brimmed hat or flower arrangement or veil over the head. • Full-length dress • Wrap around the neck, like a neckerchief, flowery scarf, or a stole

• Bowler hats • Face pain representing a skull • -White face • -Dark/black circles around the eyes • -Black and white makeup stitching on and around the mouth • -Black tip/design on the nose • Full suit including jacket • Vest or t-shirt representing a skeleton under the jacket.

2. For both type of disguises, the traditional Mexican Catrina style will have to be preserved. This means that even when following all the points above, participants will not be counted into the record if they don’t follow the above points in a traditional manner.