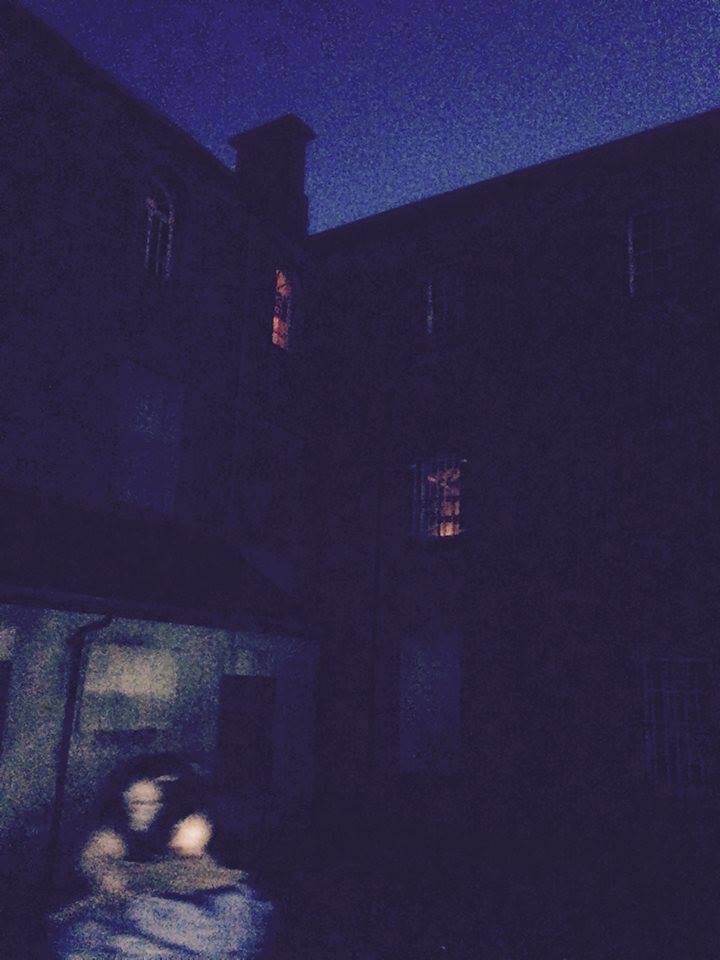 Is this a ghostly presence captured on camera at Armagh Gaol?

The picture, taken on Tuesday night by Christina Clarke, was from an enclosed courtyard at the back of the historic building.

It appears to show a person of indeterminate sex crouched down and clutching a smaller ‘figure’ in its arms, caught by the light of two overhead windows.

It has piqued the interest of a local group of paranormal investigators. WINGS – Armagh Paranormal Investigations, is a team of voluntary paranormal researchers based in Armagh, who spend their time investigating everything from ancient sites and known haunted locations to private residences.

And Armagh Gaol certainly falls under the category of ‘known haunted locations’.

It has long been reported as being haunted and featured on a special TV series ‘Northern Ireland’s Greatest Haunts’.

Of course the cynical will dismiss it as being reflections or shadows or, the even more cynical, an image doctored to show what ‘appears’ to be a ghost.

But that is not the case, although of course it will be up to each individual to make their own mind up as to what it actually portrays.

What we can say it that the prison has a long and far from pleasant history.

The Gaol actually dates back to the 1780s and remained as a fully operational and working prison right up until 1986.

Special tours of the Gaol have focused on the history of the building, which has housed women and children and which witnessed executions taking place within the grounds, after it was decided no longer to have public executions in Gaol Square.

According to WINGS: “Armagh Gaol has a haunting history. The late 1700s building is steeped in cruelty, people were crammed into cells in appalling conditions and some were unfortunate enough to serve the ultimate sentence – execution.

“Numerous bodies were hacked into pieces and scattered around Armagh after execution, and for the ‘lucky’ ones, they were buried in the jail’s graveyard.

“The jail has a reputation of being Ireland’s most haunted prison and has been featured in TV programmes and literature in the past.”

So what do you think? Can you offer an explanation? Or do you have any experiences or pictures of your own worth sharing?

Armagh I would love to hear from you and so too would WINGS, so check out the team on Facebook here.