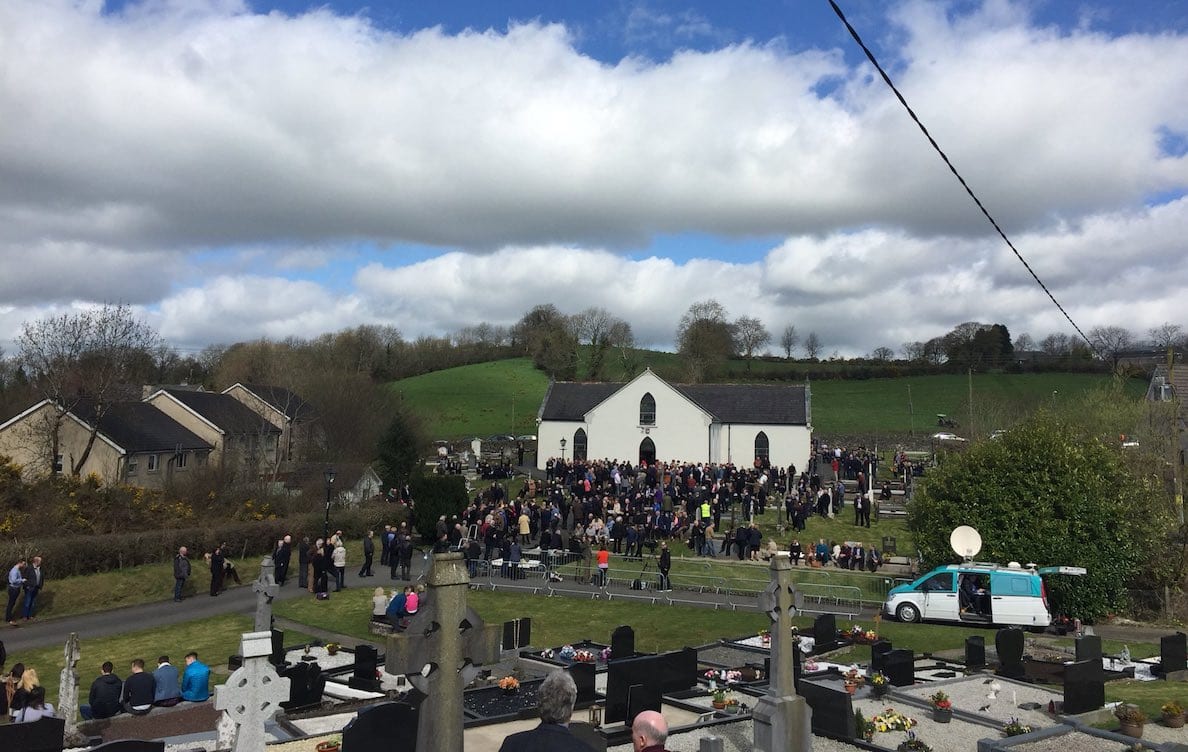 The 81-year-old, who had fans the length and breadth of the country and beyond, passed away on Tuesday morning.

Thousands streamed through the doors of Oram GAA club, which was opened just after midday on Wednesday, for people to say their final goodbyes.

Books of condolence were left for mourners to sign their name and leave any memories they had.

For today’s funeral mass, many were unable to get a side inside the church, with many listening on from outside and many more thousands listening to a live broadcast from Northern Sound FM.

Fr Leo Creelman told the congregation it was a “difficult and sad day for a local family, for this parish, for the local community, for the world of country music and for many, many people throughout our country and beyond”.

He added: “Big Tom had an amazing presence when he walked into a room or onto a stage. He was a man big in stature, matched up with an even bigger heart. Despite all his success and fame, he always remained humble and down to earth and first and foremost a family man.

“He was referred to as a legend, a giant, an icon, a king, labels often liberally thrown out about others, but titles that Big Tom richly deserved and earned after decades of success in the country music scene.”

Mr McBride was best known for his role as the front man in Big Tom and The Mainliners.

He will be laid to rest in the family plot beside his late wife, Rose, who passed away in January.