Investigation after taser fired at man 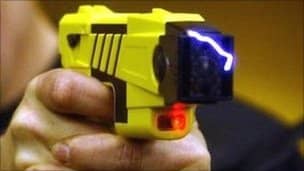 NORTHERN Ireland’s Police Ombudsman has confirmed that an investigation is to be carried out after a stun gun was used in Portadown on Wednesday.

PSNI officers fired the taser at a man in Shandon Square, following reports of a disturbance in the town during  the early hours of Wednesday.

The man is alleged to have threatened officers before the stun gun was discharged. He was subsequently arrested and taken into custody.

The case has been handed over to the Ombudsman to investigate, as is normal procedure in such incidents.

A spokesperson confirmed today (Friday): “Investigators attended the scene and have begun an investigation to establish if the firearm was used appropriately.”