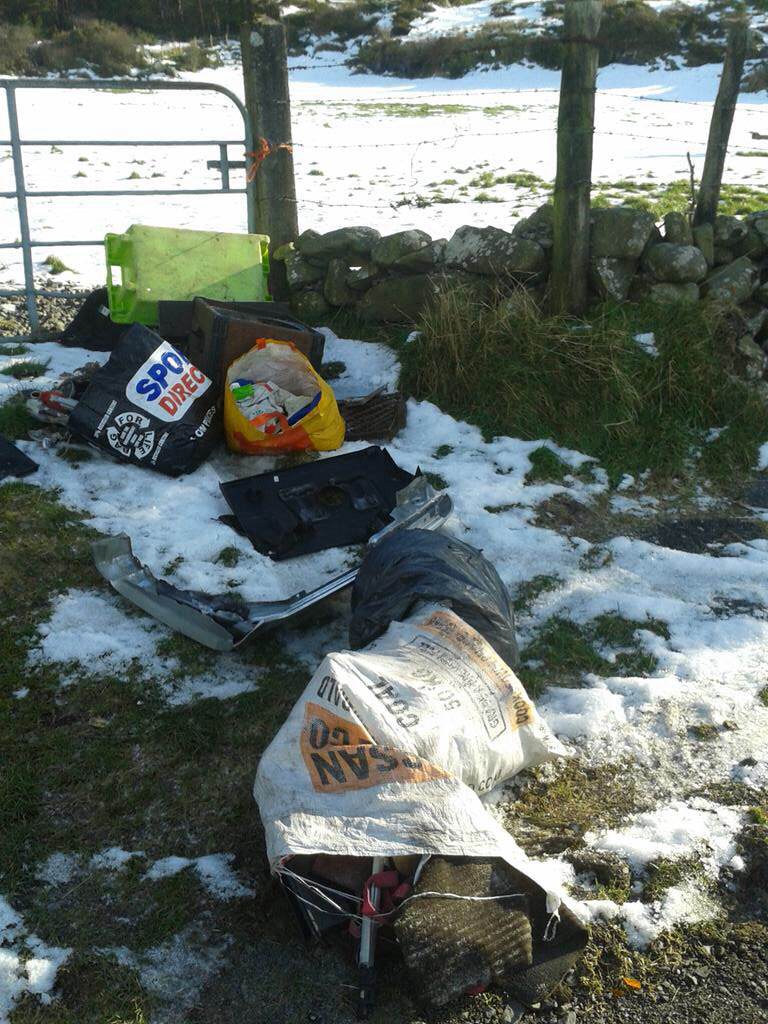 Every year it costs ratepayers in Newry and Mourne more than £1.3 million to remove litter and clean up after acts of indiscriminate dumping.

But that fact does little to deter the mindless individuals who are content to mar what is an Area of Outstanding Natural Beauty.

Bag loads of rubbish have been dumped over the weekend, along a roadside at the foot of Camlough Mountain.

And Sinn Féin Councillor Roisin Mulgrew has condemned the illegal dumping of a “sizeable amount” of litter.

“It is an absolute disgrace and I have contacted the council to ask them to clean up the mess,” she said.

“This type of selfish dumping is a blight on the landscape. The fact that the local Camlough Amenity Facility site is accessible and available to all who wish to get rid of their waste makes an act like this more disgusting.

“It costs the ratepayers in Newry and Mourne District over £1.3 million a year to cater for the costs of cleaning up litter.

“This litter has been dumped at a ‘beauty spot’ and does nothing to enhance this Area of Outstanding Natural Beauty.

“Anyone who has witnessed such acts should report these incidents to the Environmental Health Agency, as ultimately we have to pay for the removal of litter.”

Armagh Courthouse to be sold off if closure plan approved